Usually on the weekends I try to cook something new and for this weekend I went with Japanese Katsu curry, one of many recipes I have saved on my youtube cooking playlist. The recipe is super easy and mimics what I have had while in Japan.

This is the video I followed:

Based on the items used in the video these are the ingredients I picked up from my local grocery store. 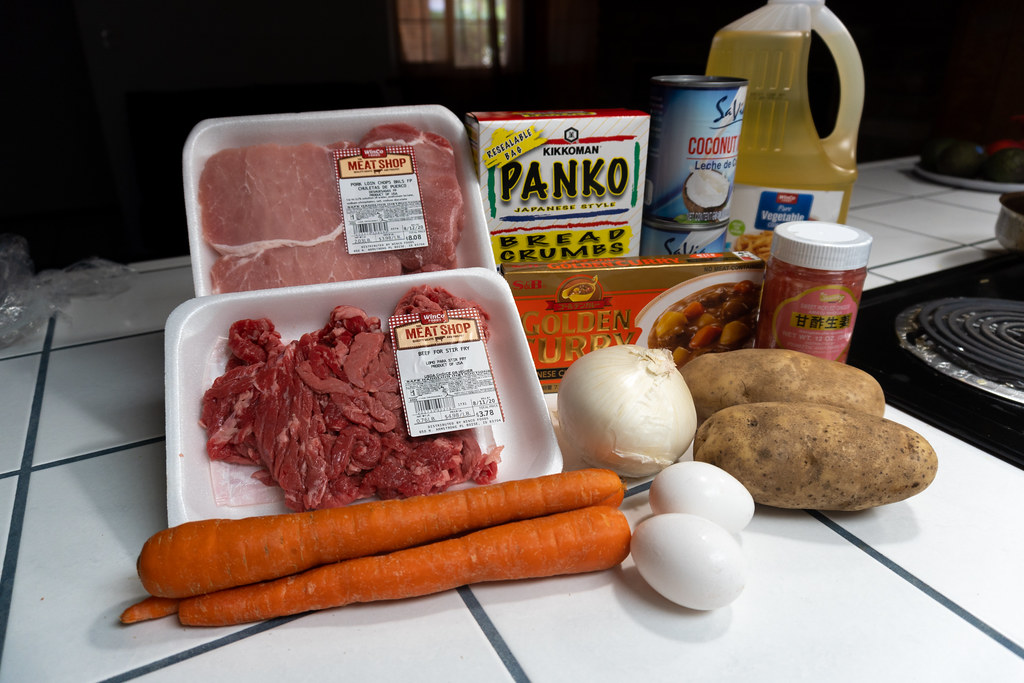 First thing was to cut the vegetables. In the video they used baby carrots which was pretty weird so I used adult carrots. 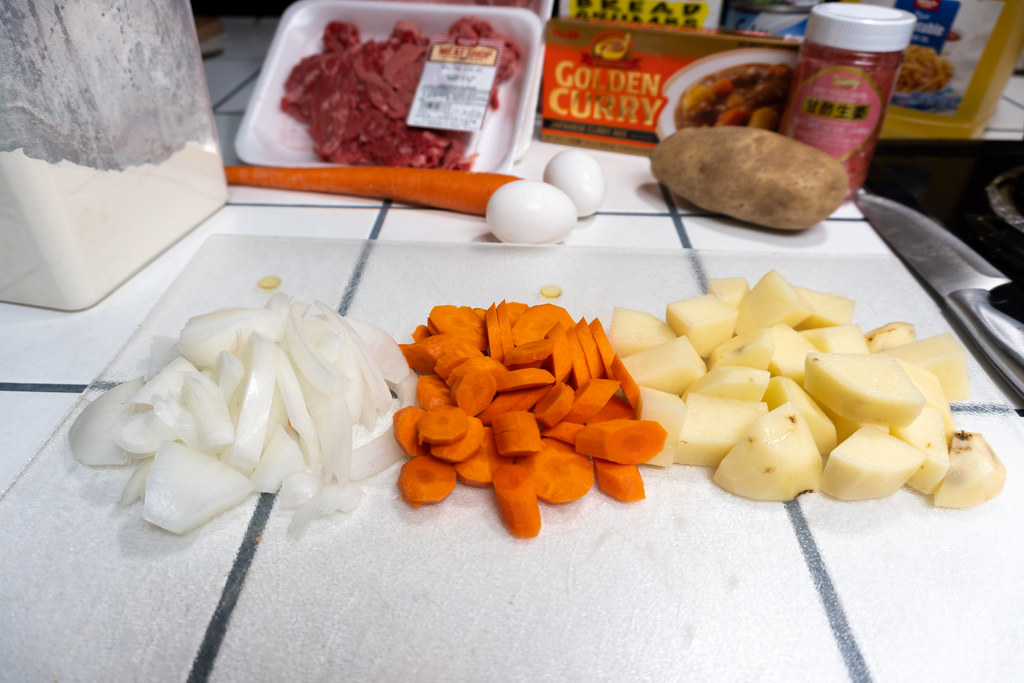 After getting those and the beef into the pot I got the pork breading station ready. 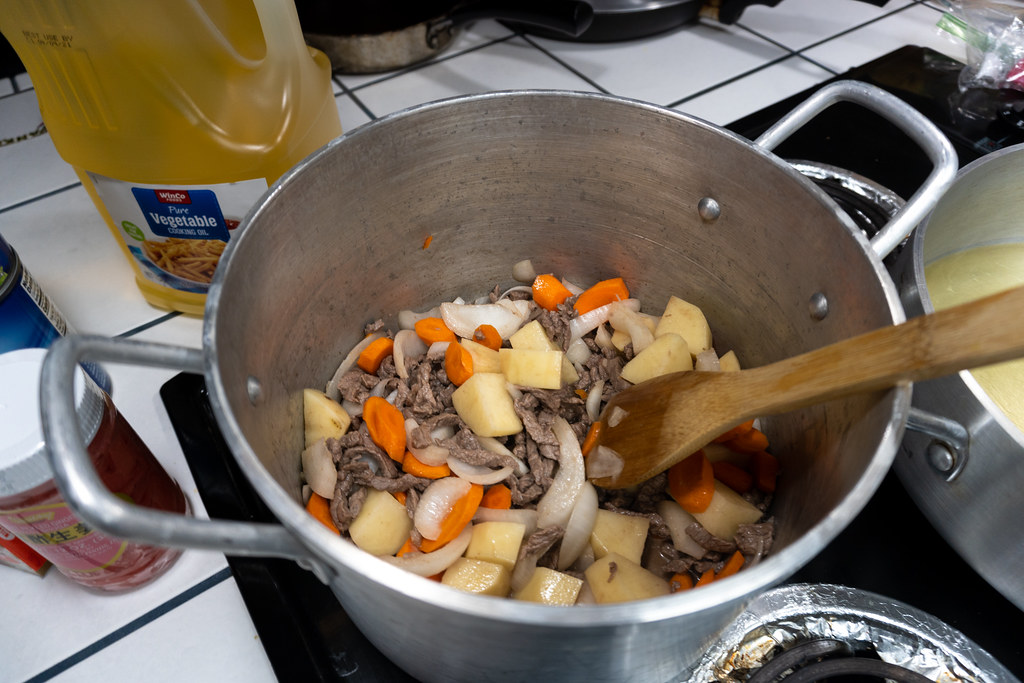 Using these containers made it easy since I can just shake it around. 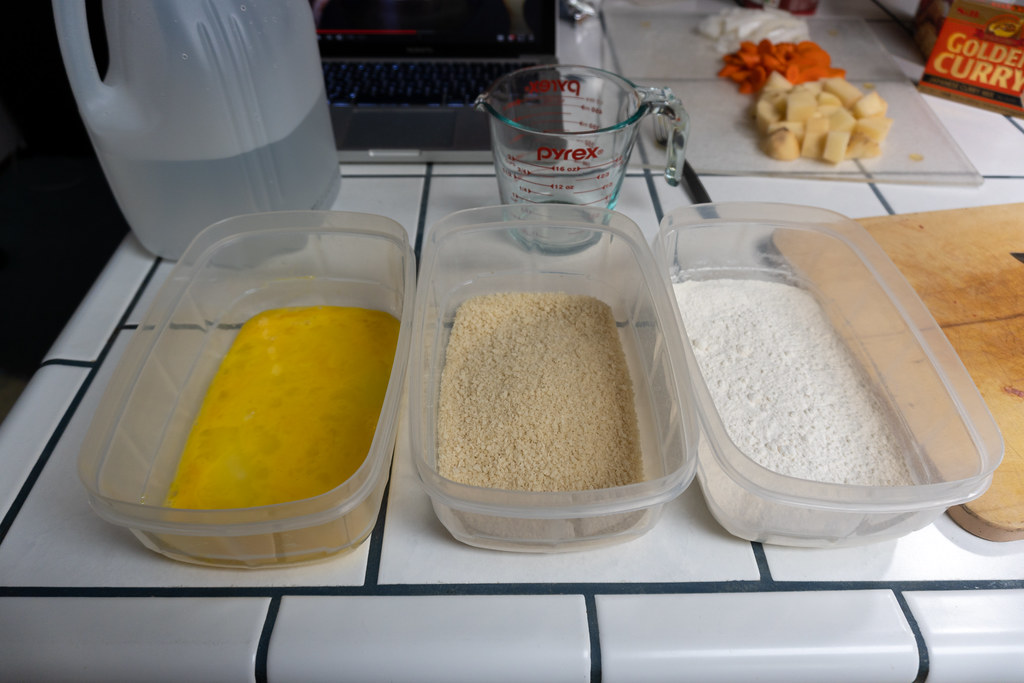 After adding water to the pot I added in all 8 of the curry cubes, which seemed a bit excessive to me but what do I know. I also added a can of coconut milk, in the video they used regular milk and I know coconut milk is better for curry. 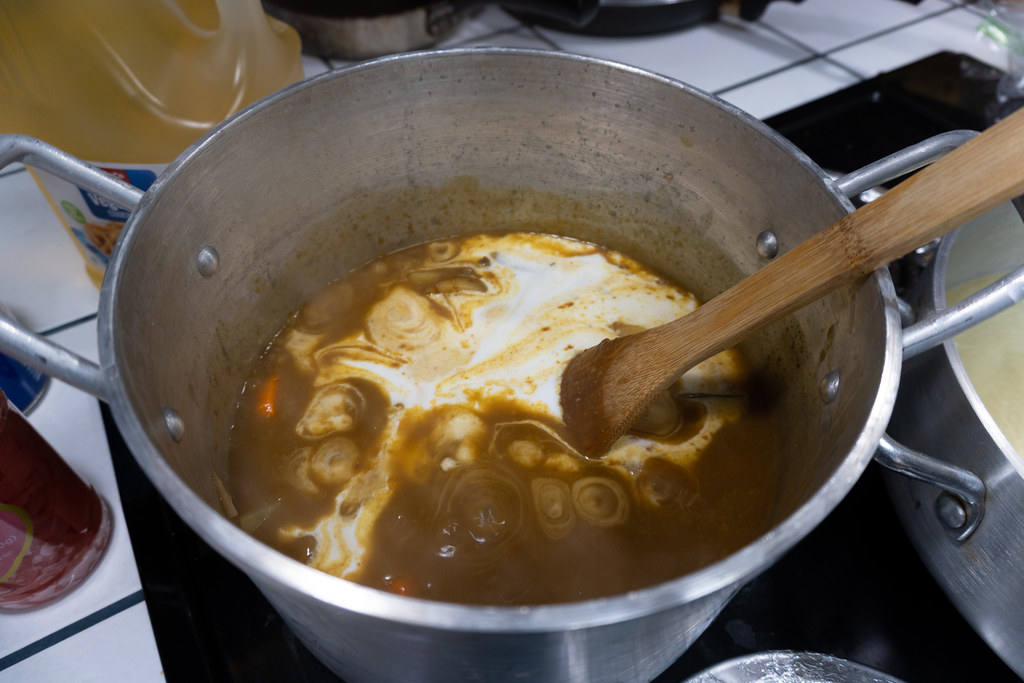 While that was heating up and breaking the cubes down I got the pork cutlets ready and started to get the oil hot in the other pan. 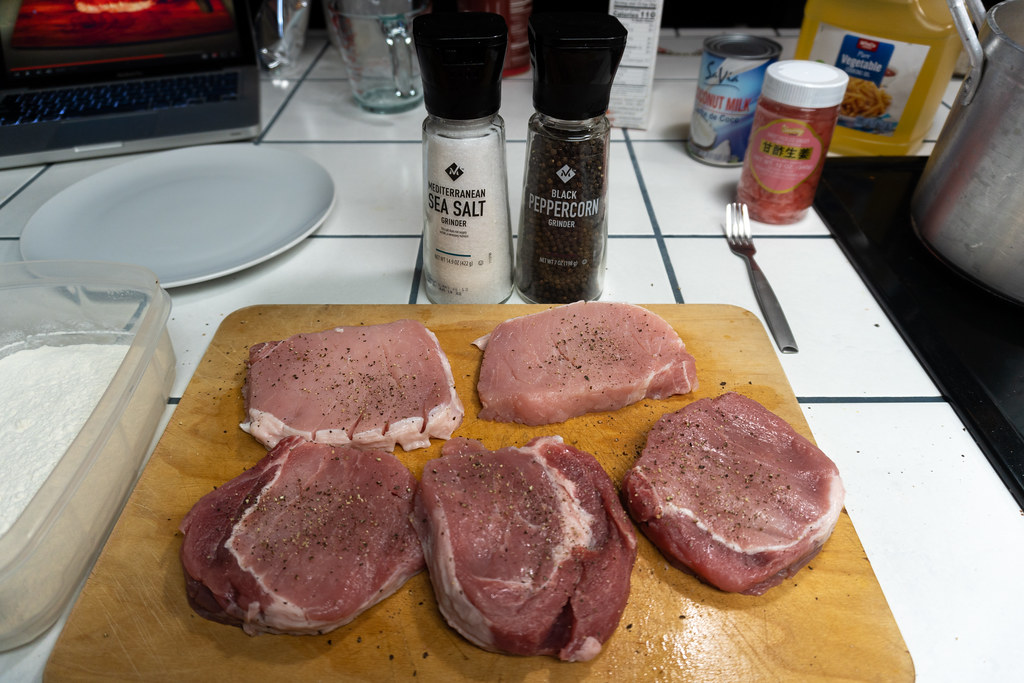 The pieces were a little too thick I think and I tried to beat them to make them thinner but it didn’t work so I said whatever and just breaded them. 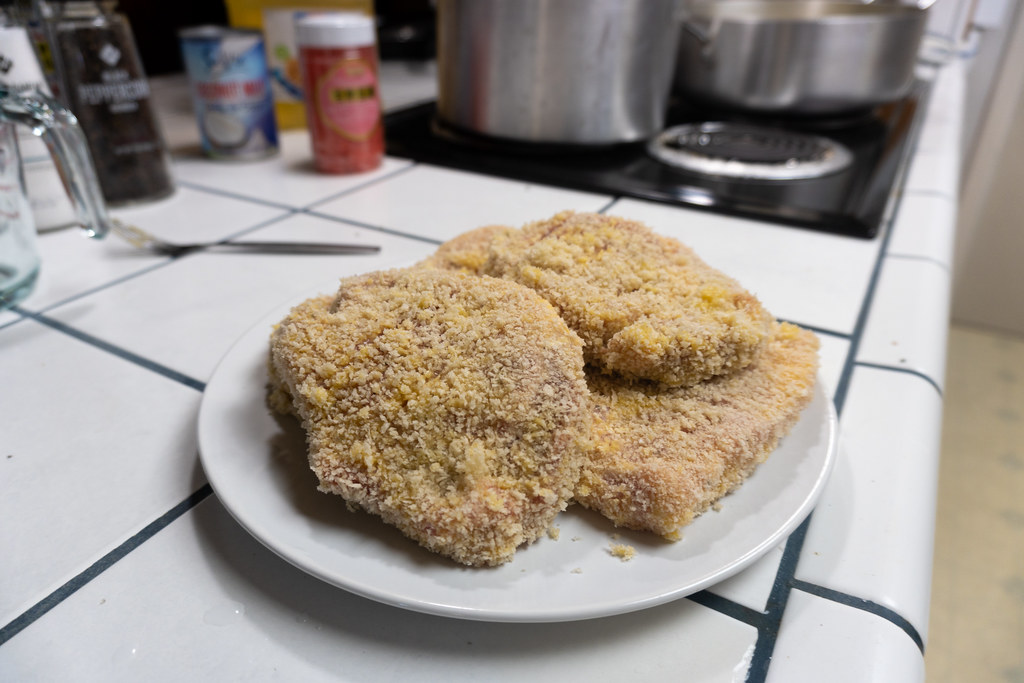 Then off to the fryer they went, I was fluctuating the oil heat which probably didn’t help but I really did not want to burn the pork. 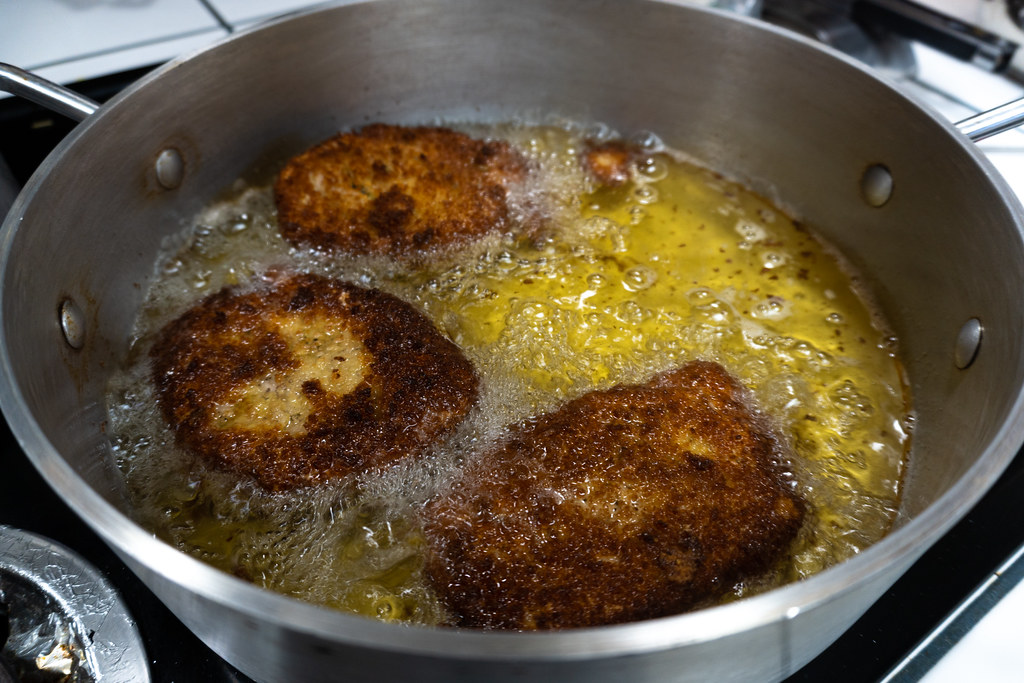 Even though they were getting pretty dark the pieces were so thick that the middle was still raw. So I had to risk it and give them all a secondary dunk.

I pulled them out after they reached a internal temp of about 160 F which I just learned is a little higher than necessary. 145 F is what FDA recommends. 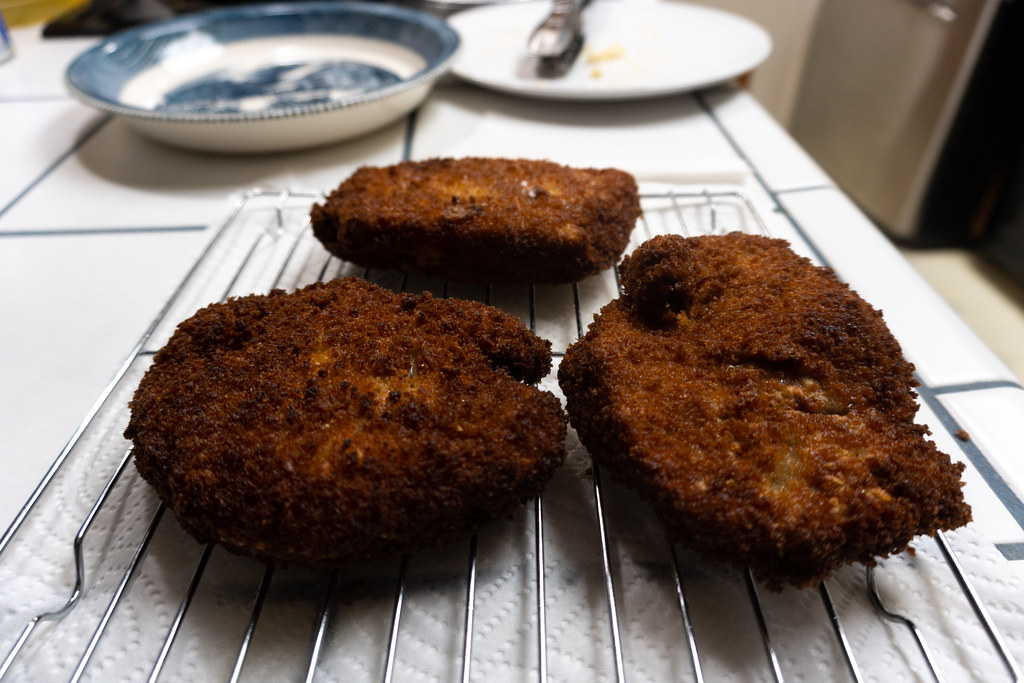 I couldn’t find the same ginger strips they serve with this dish in Japan so I used the same kind that you typically have with sushi. It adds a nice contrast to the dish both aesthetically and taste wise. 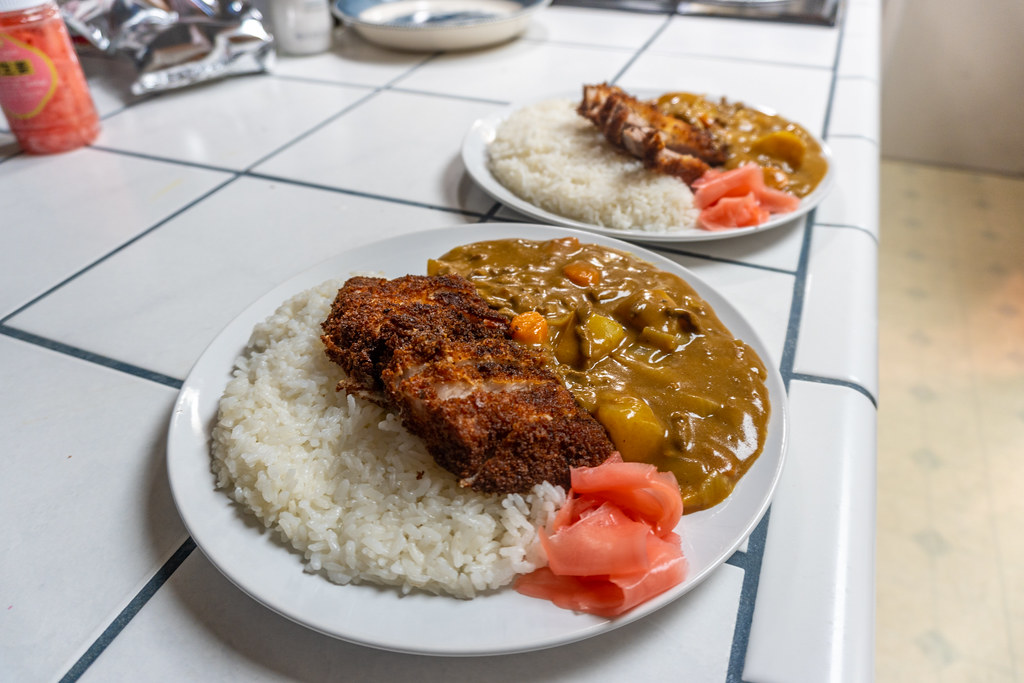 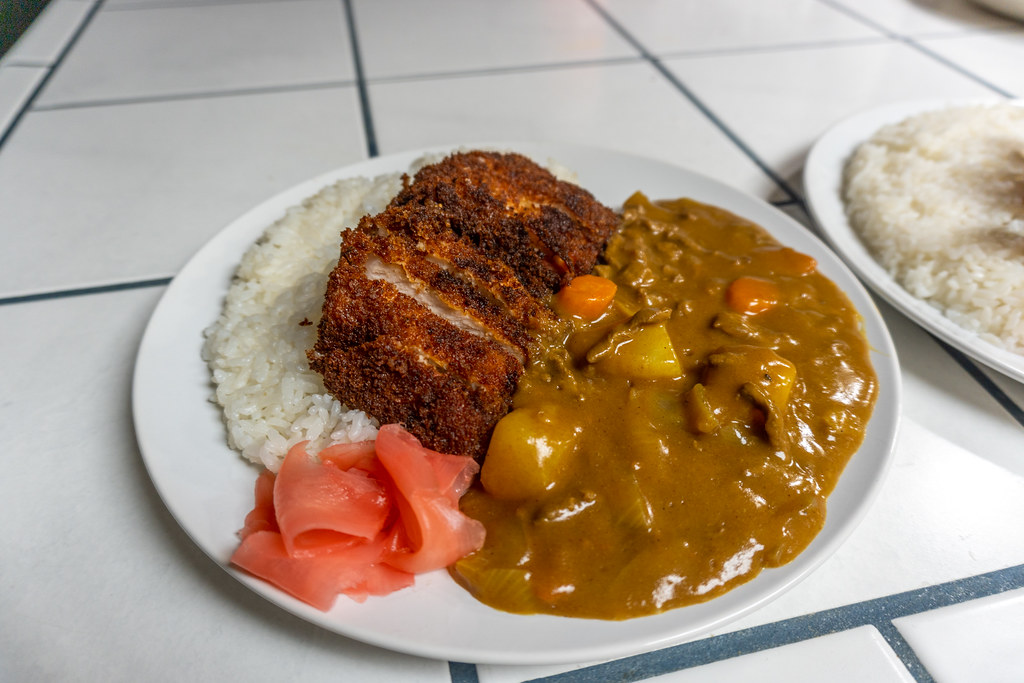 For an overall rating I was really impressed by how close it resembled what I have tried in Japan, the spicy levels were too low for my enjoyment but that can easily be altered if I make this again. I also messed up the timing by not cooking the rice ahead of time which left me waiting 12 minutes at the end for the rice to finish. But besides that this was soooo tasty, I’ll make it again at some point.