As a fun project with my younger brothers on my dads side and I thought it would be cool to build a pc together. The three of them play a lot of video games and on a pc gaming is much more versatile. With the combination of them liking to build things and me wanting to see if I can build a pc, we made the project happen. My goal was for the build was to not be super expensive while having decent equipment. The total price of everything was about $1,200 plus tax. For ease of shipping I ordered everything through amazon even though it wasn’t the greatest prices. I have never built a pc and my only experience is from a computer repair class I had in high school. Besides that I only know what’s going on because of youtube, as per usual. 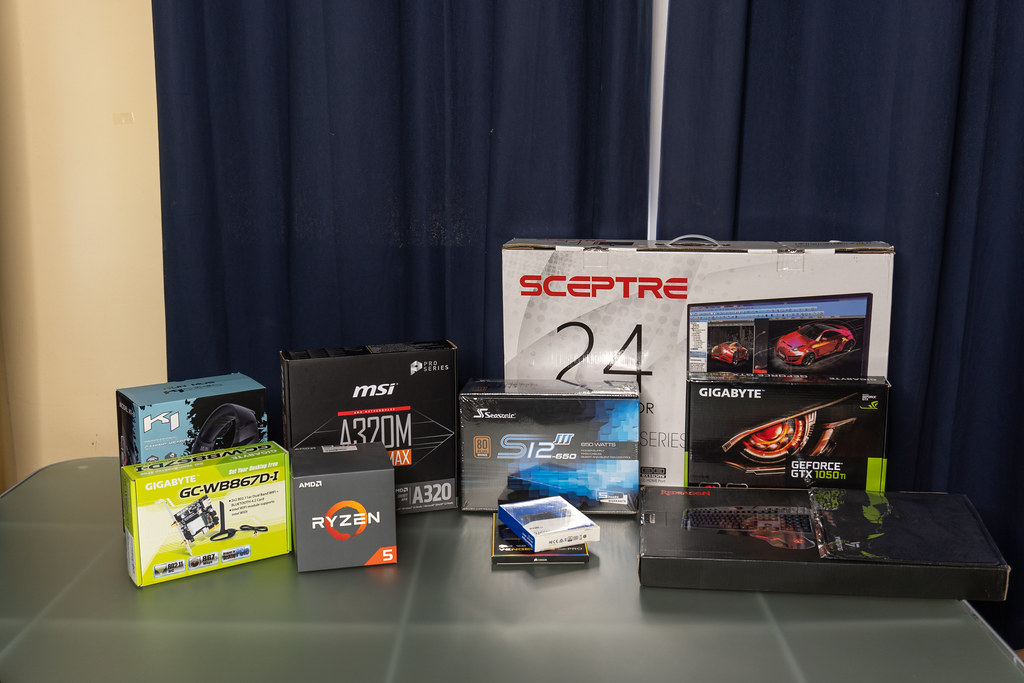 First thing was to unbox the motherboard and get it ready for the CPU install. 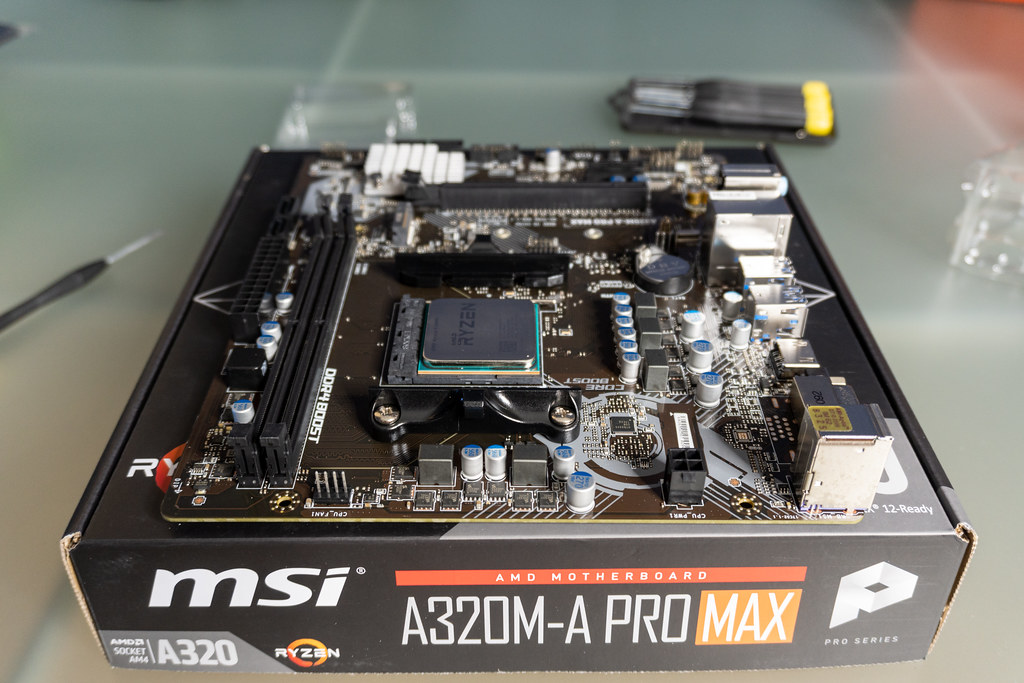 Installing the CPU is pretty simple, unlatch the socket, drop the CPU in and lock the latch down. Then remove the side brackets to attach the cooler.

Next up was the RAM, again, another easy install. 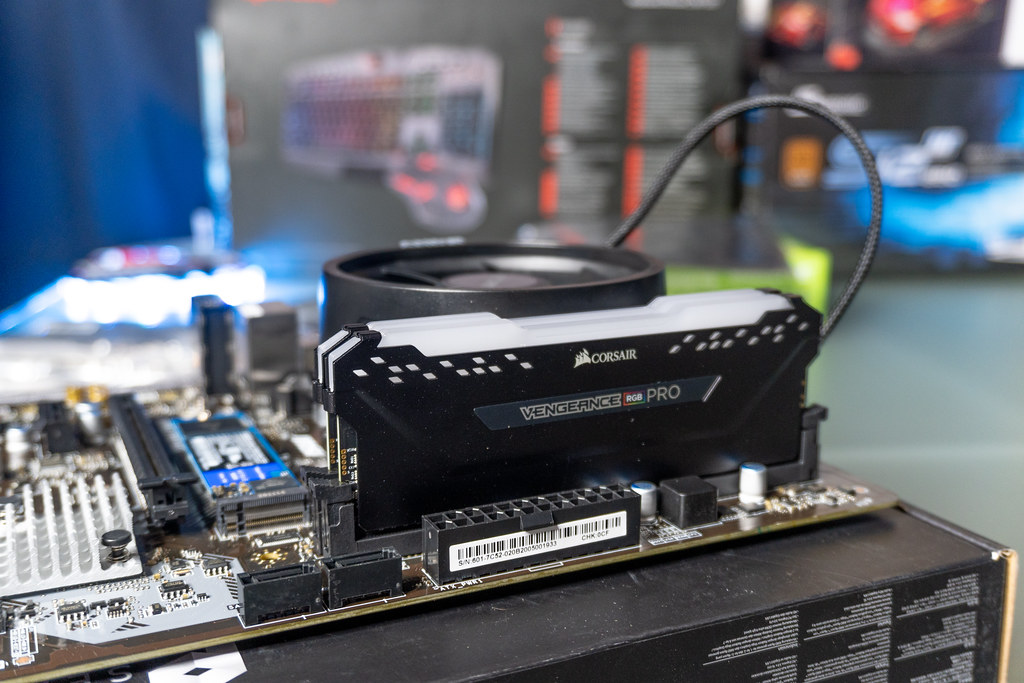 Then the m.2 SSD went in, just had to move the mounting standoff. 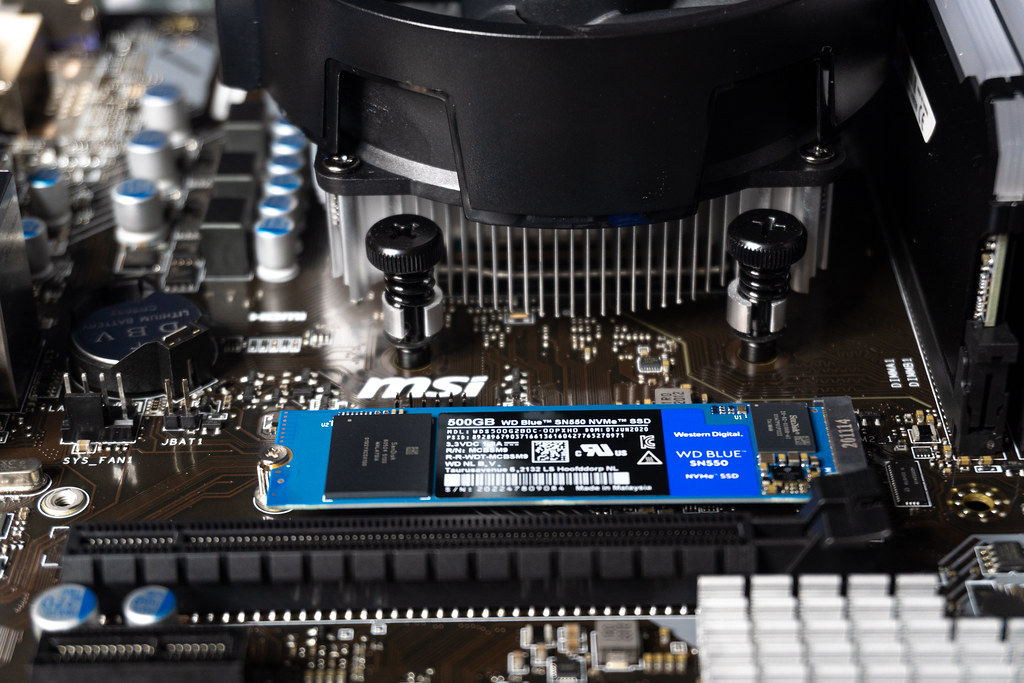 After that we unboxed the case and checked out where everything would go, we had to move some of the standoffs to fit the micro ATX motherboard but that was it. 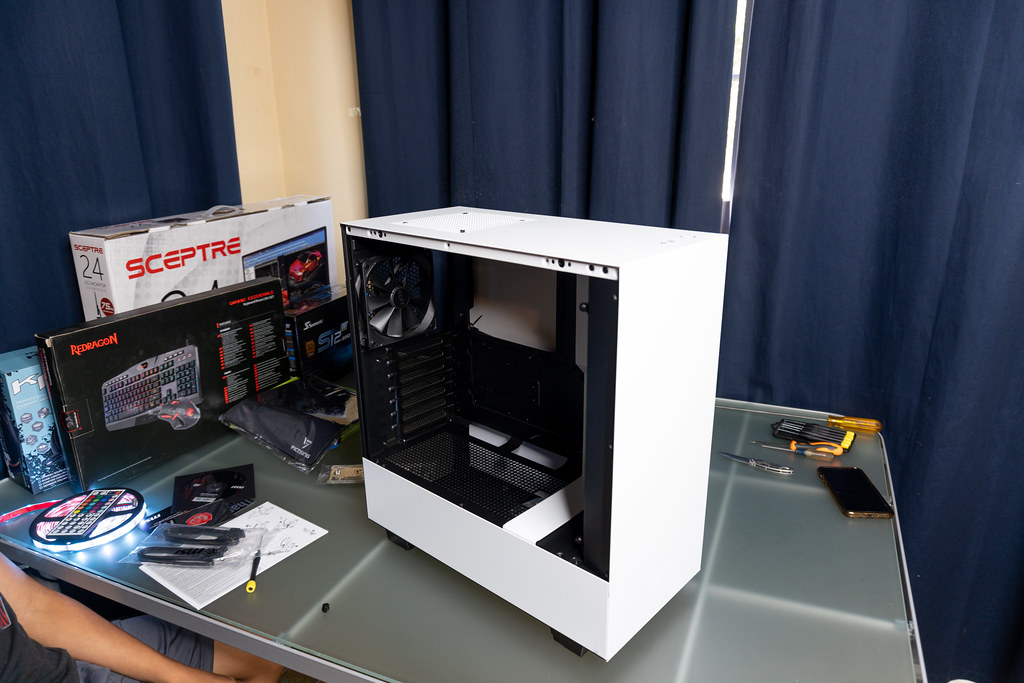 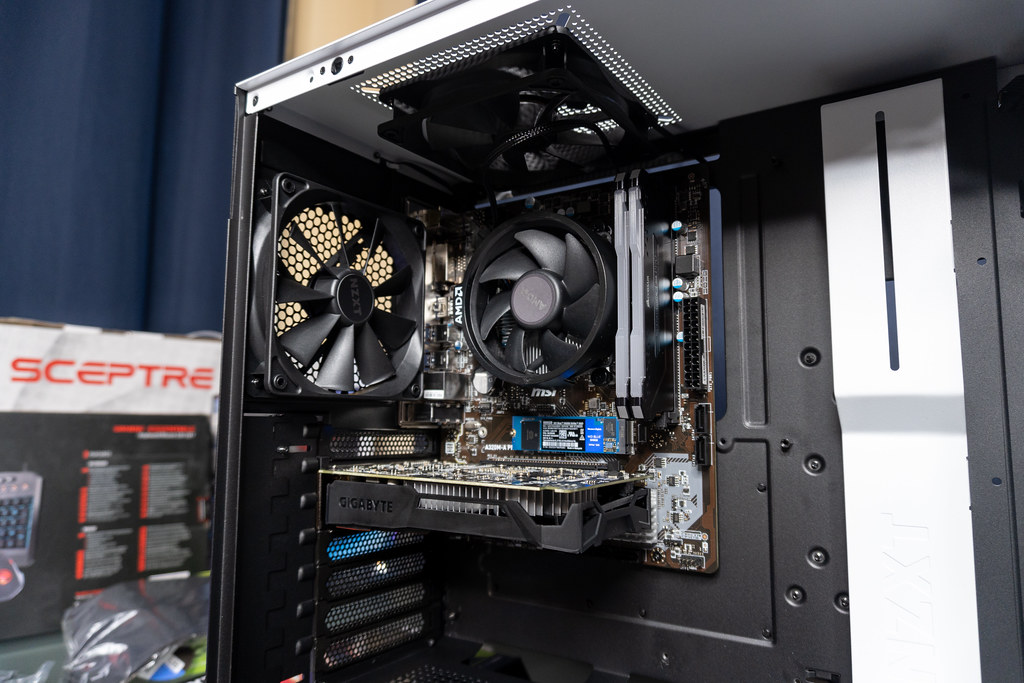 It took a while to fit everything in the case and it was pretty difficult to route and connect the wiring. Also installing the GPU was scary because you have to press it in with force and you hear metallic crinkling while doing it. The first fire up attempt didn’t work and part of the problem seemed to be that the GPU wasn’t fully seated and I put a fan header power plug in the wrong spot. I thought the PSU wasn’t working so I removed it and tested it separately, then confirmed it was working. Once those were corrected it fired up! 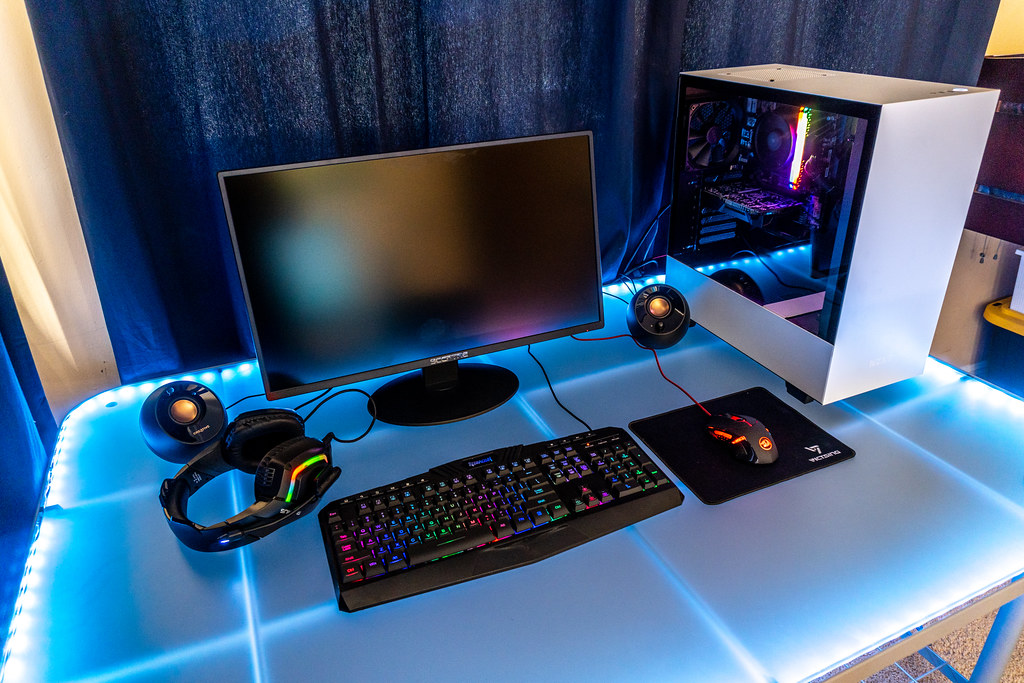 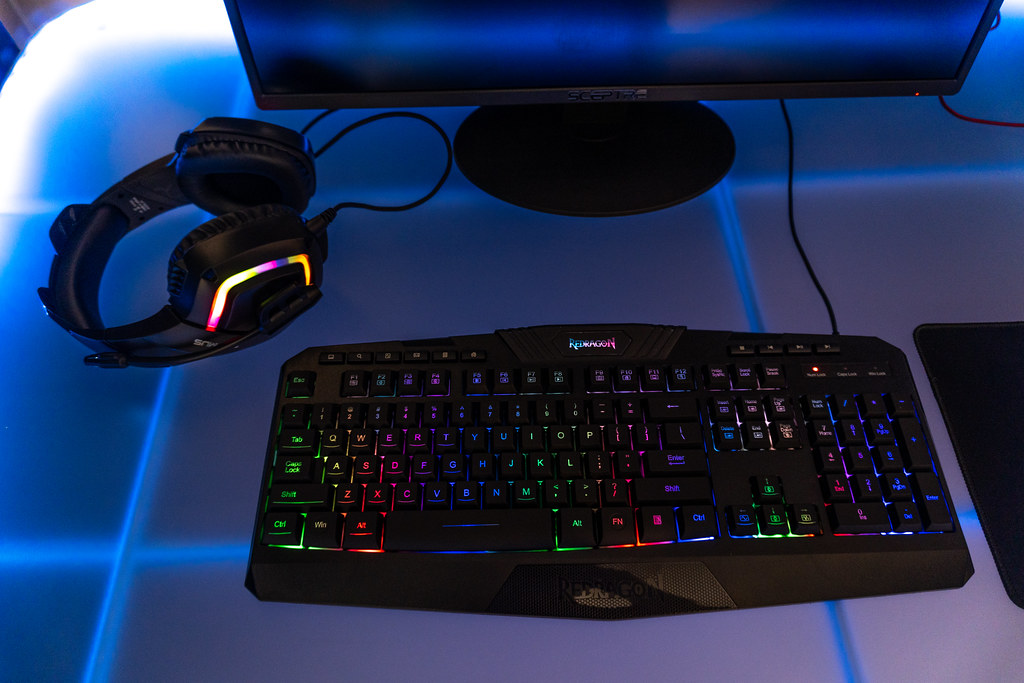 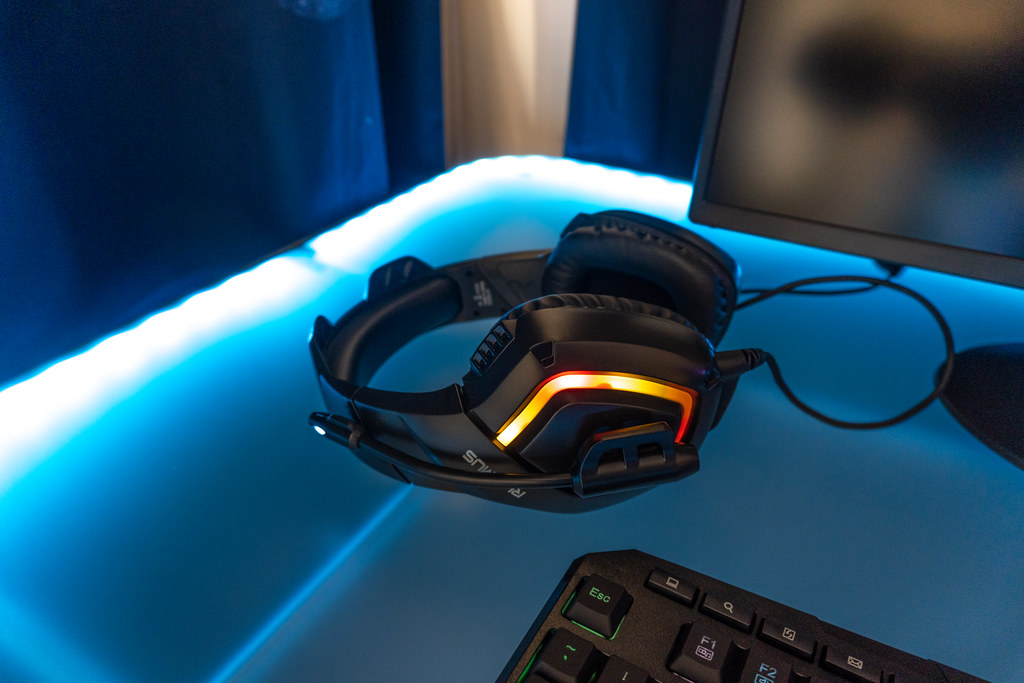 Then for a long time I tried to make a windows 10 installer USB with my macbook pro but it just wouldn’t work. I ended up having to use my grandmas laptop to make the installer.

After getting windows 10 pro installed we went to Best Buy to pick up a wifi adapter and usb hub. Sooooo, while there I picked up the 480GB SSD just cause. Oh yeah, the windows 10 pro key cost $200!! Kind of crazy, there are codes out there to buy it for $20 or so, but it sounds a little sketchy and I’d rather just do it 100% correct. 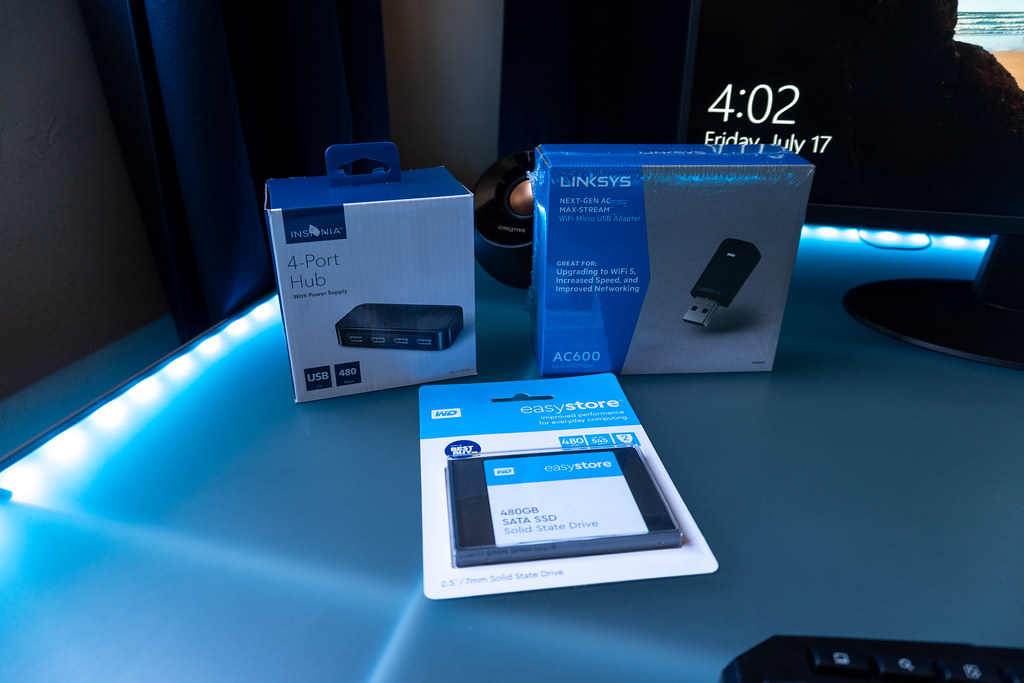 Installing the SSD was easy and the case has two mounting spots on the back of the motherboard tray. The SATA plugs for the motherboard is on the edge so not much cable shows when the SSD is hooked up. 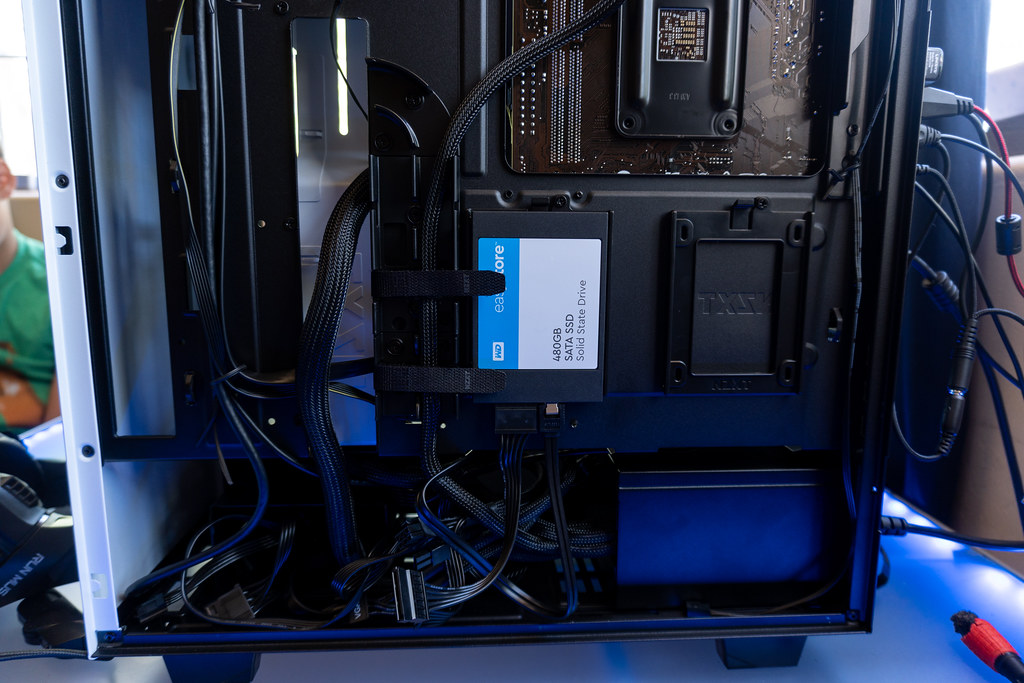 A glimpse of the back, don’t want to take a full shot until the cables are properly managed. 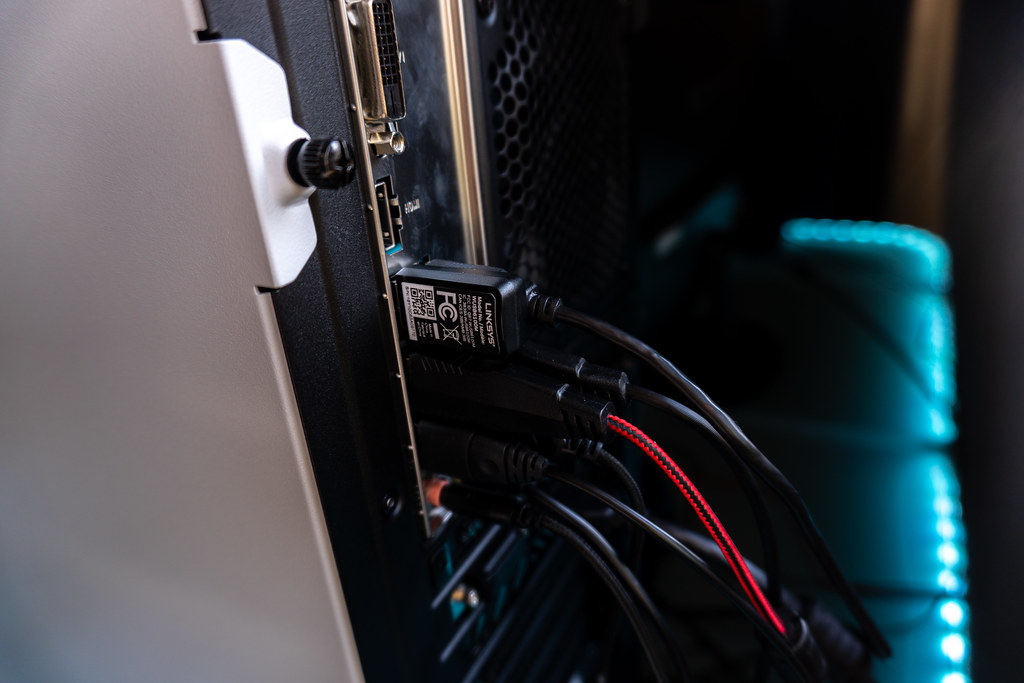 Thanks for reading this far! Now here is the build video 😉

This project was a lot of fun and I seriously can’t wait until I build my pc! I know it’s going to cost a little more but I’ve had the same macbook since January 2012 so I think I deserve an upgrade haha. Once we get some games installed I can see how to hardware matches together and hopefully produces some nice FPS and resolution!