I had been dying to go camping since coming back from England and my friend Olivia posted her campsite reservation for sale on instagram, so I jumped on it. The reservation was 2 nights at the Schoolhouse Campground at site 31. I meant to check it out before actually camping there but ran out of time. My friend Vanessa joined me for the first day/night. I quickly packed everything and luckily I keep all my camping gear organized so it’s easy to pack up. I also have a camping checklist to make sure I don’t forget anything, which still happens but its the effort that counts.

When we arrived to the campground I was surprised that there was so much tree coverage which made it a lot cooler, so that was really nice. The site also offered some decent privacy which some campsites lack. I had plenty of space to park my car and boat and could have easily fit another car. 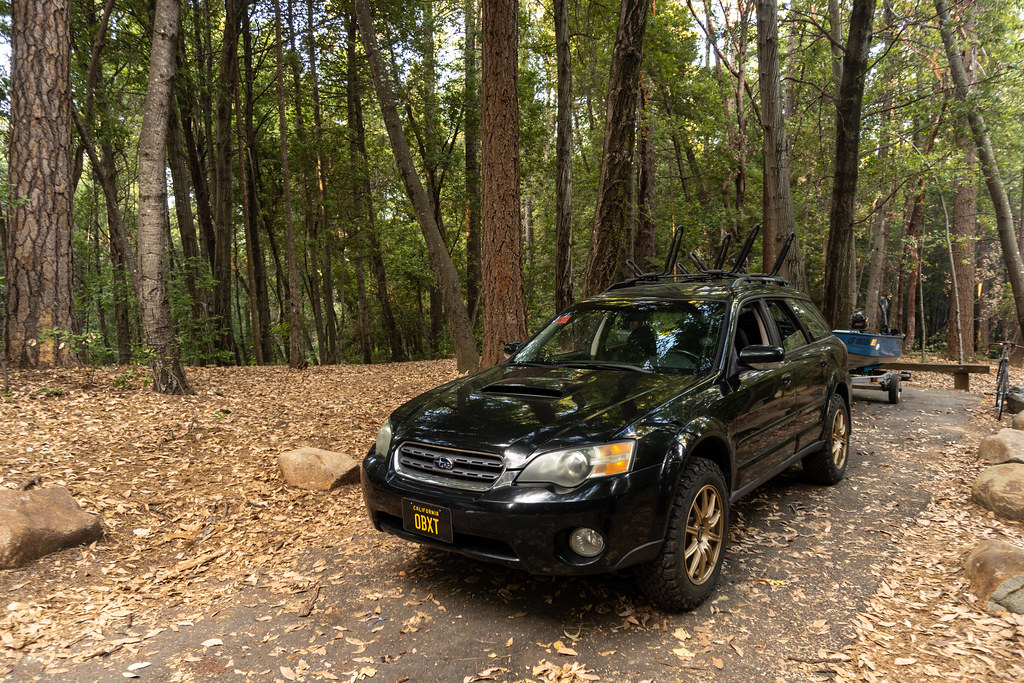 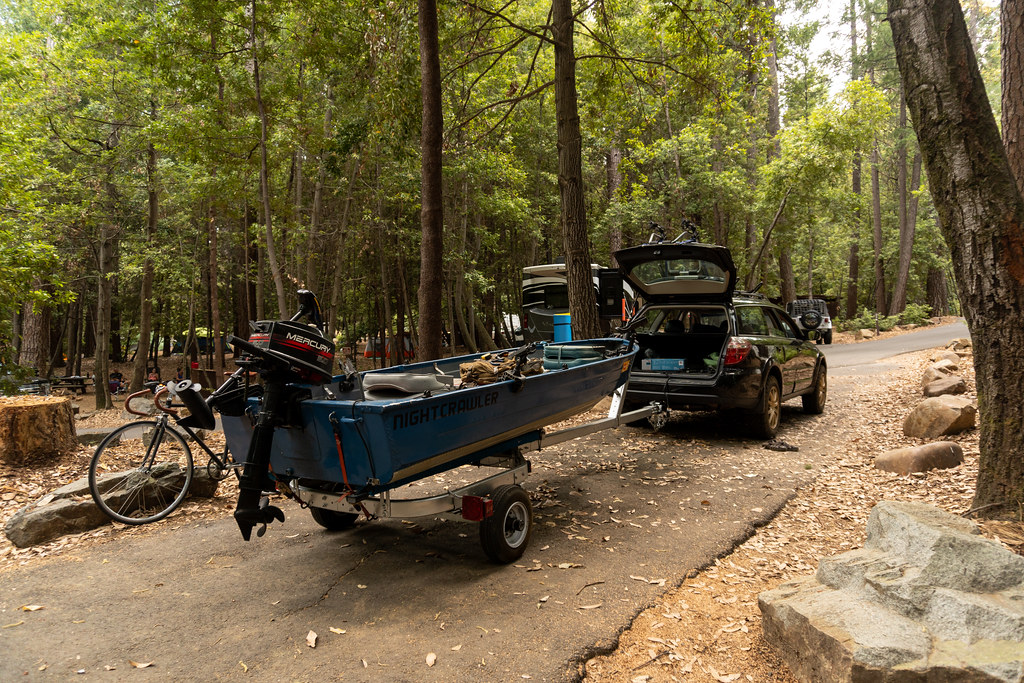 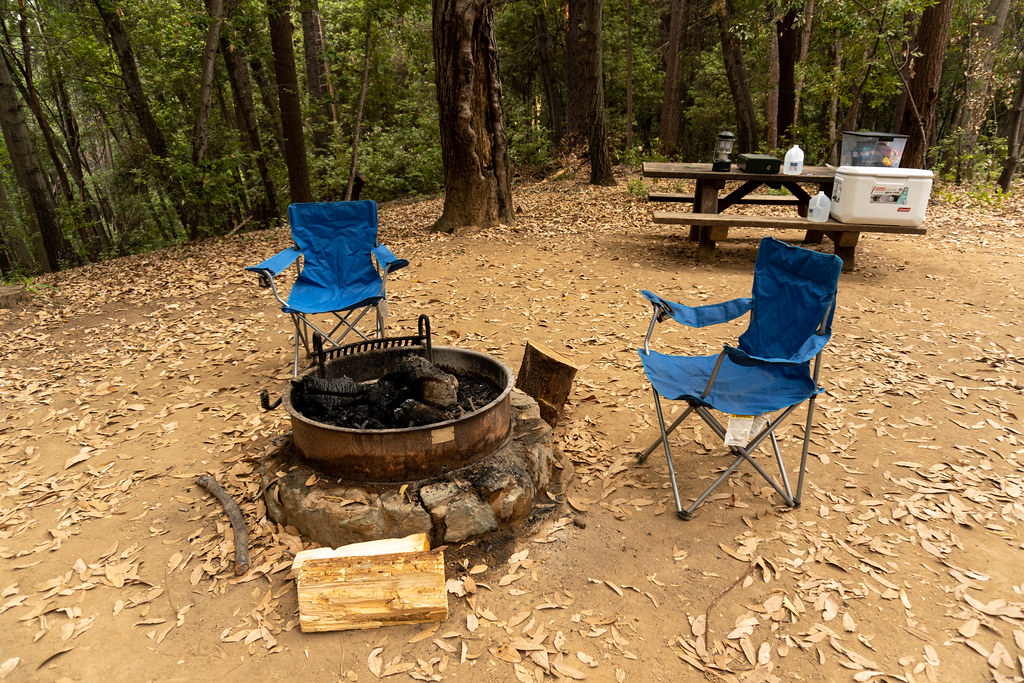 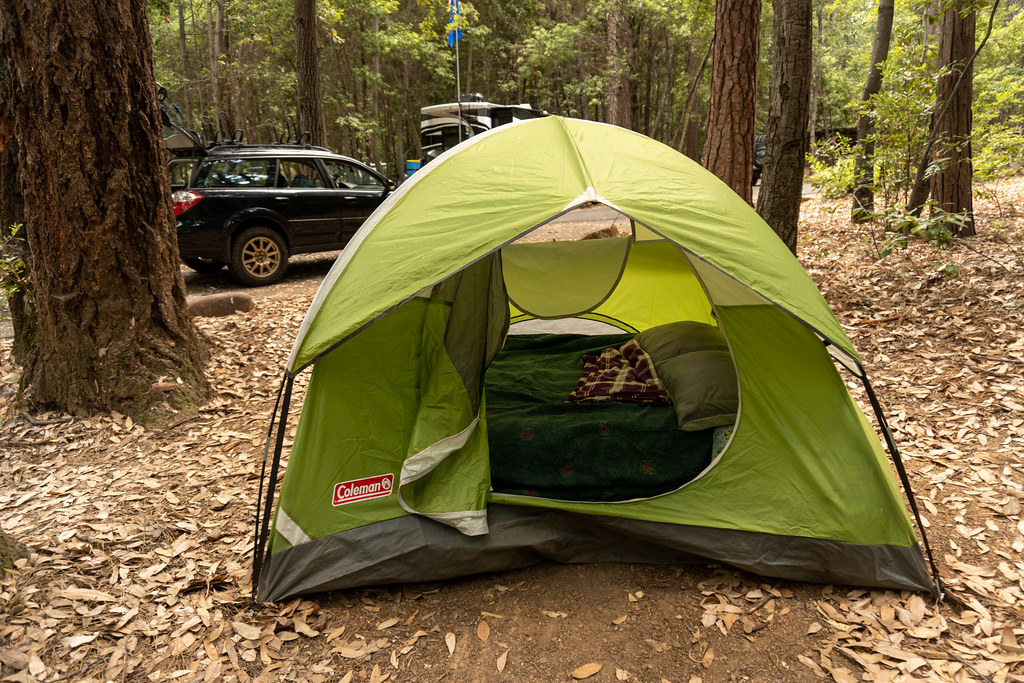 After getting our camp setup we started getting dinner ready. Tacoooos 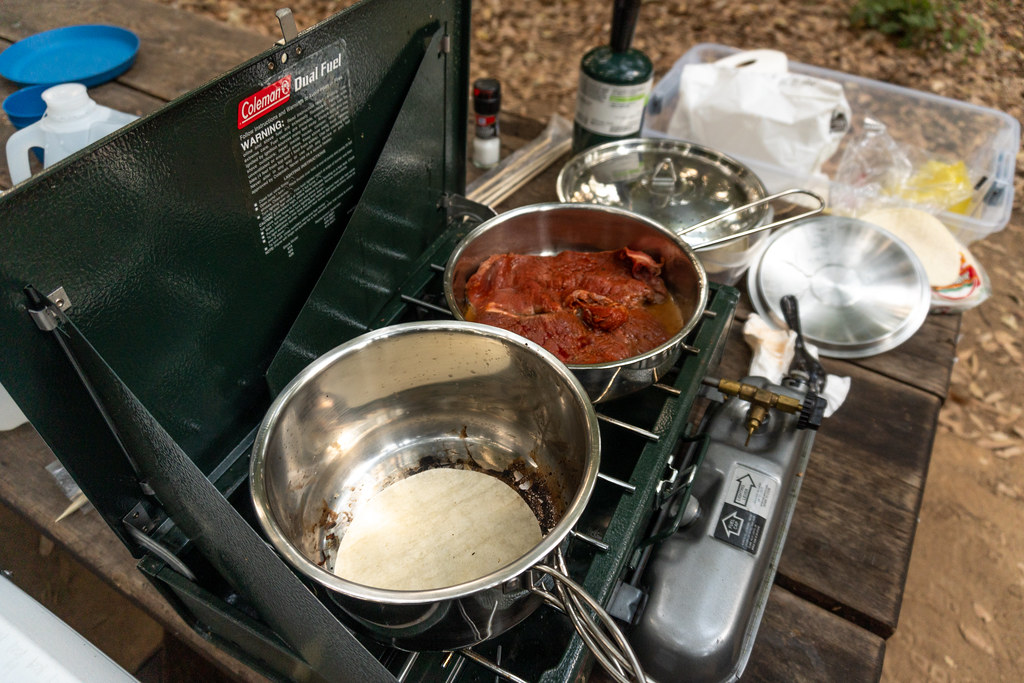 This grill that I use is one that my Uncle bought in 2001, I think that’s what the receipt said.

The tacos came out amazing and with a couple drinks they went down nice. 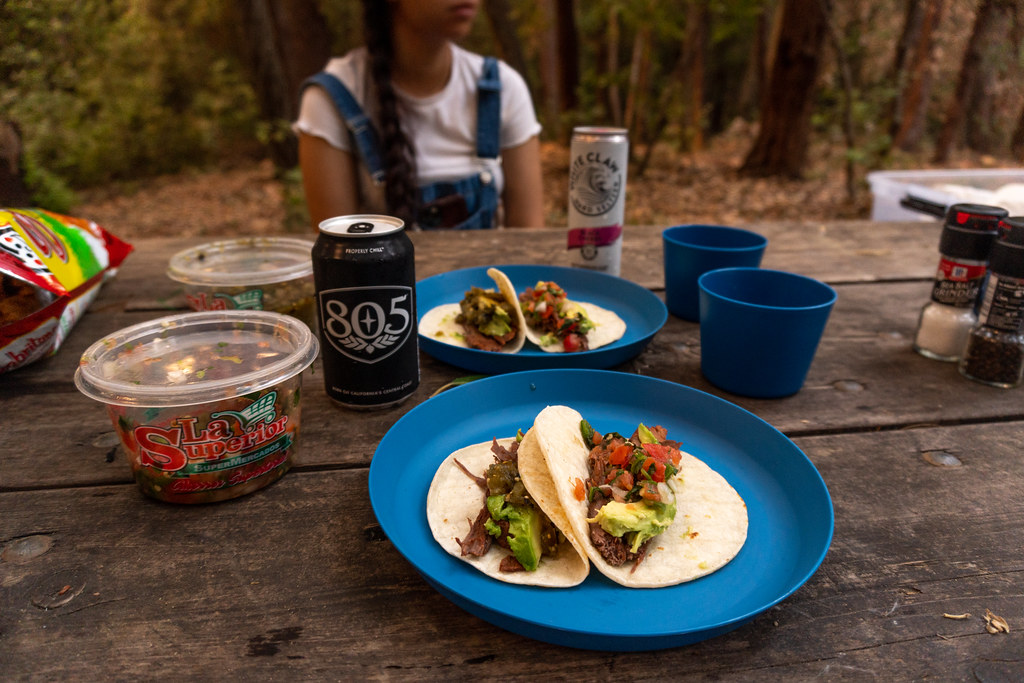 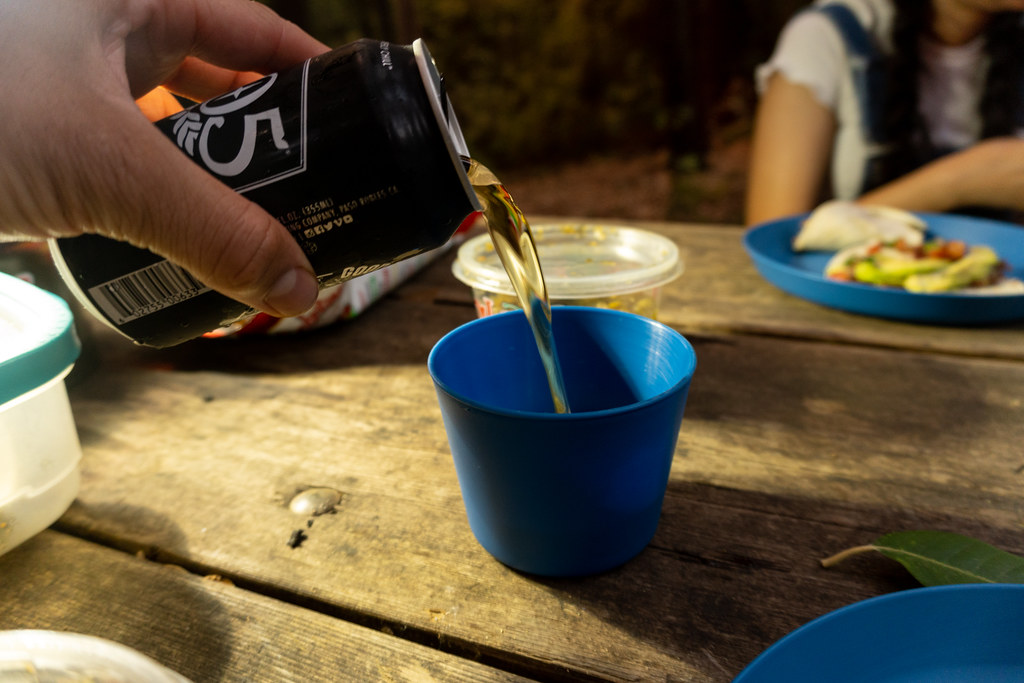 Soon after dinner it was time to get the fire started and get the s’mores going. 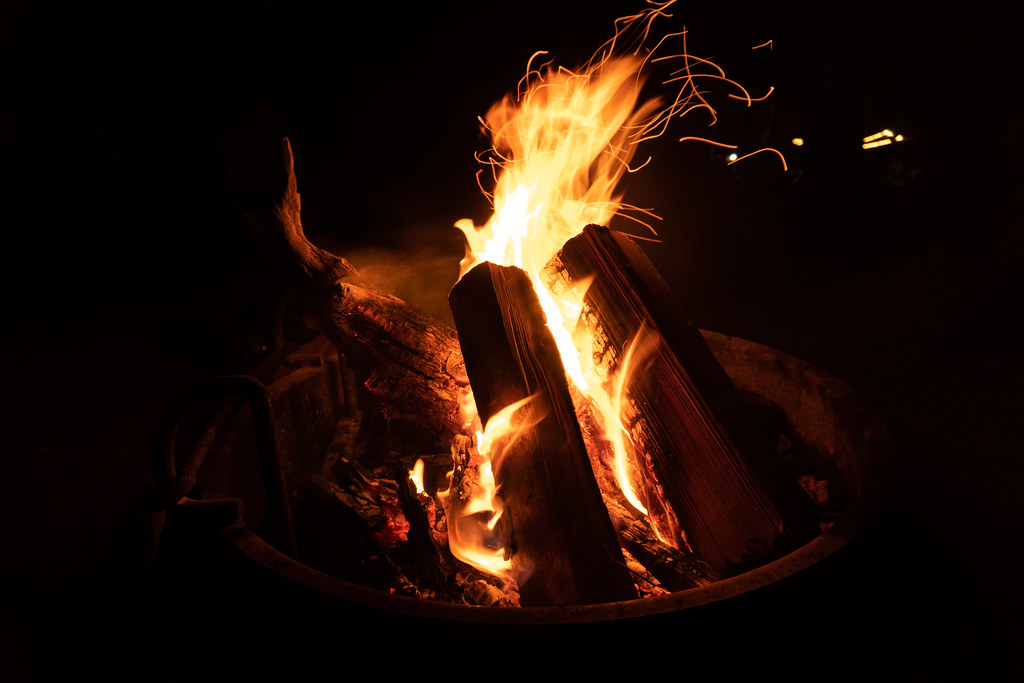 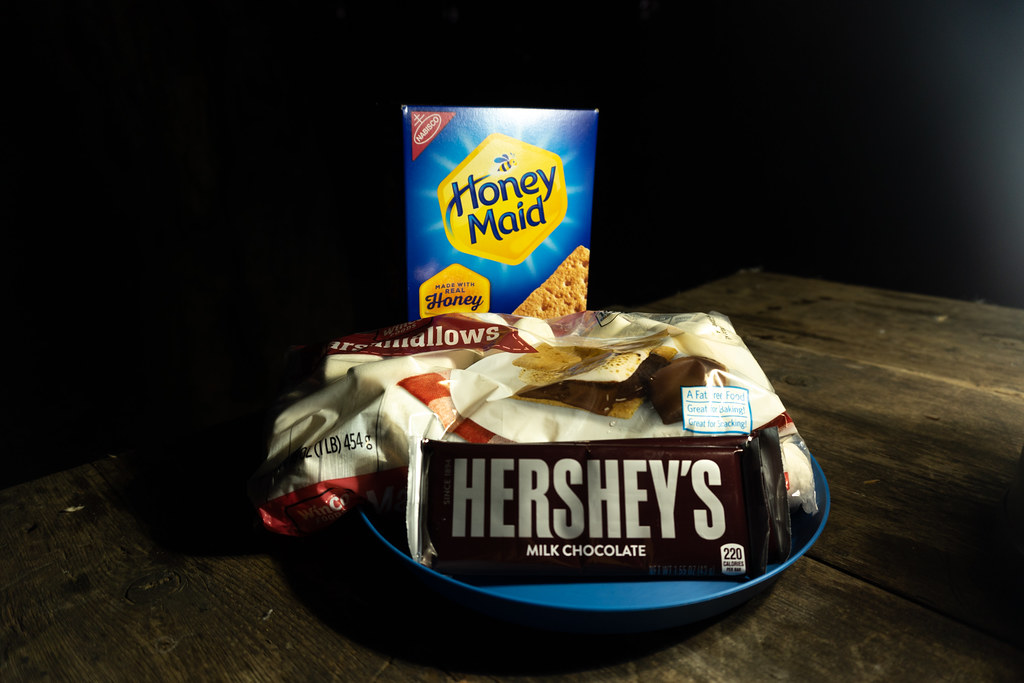 It wasn’t picture perfect but it was delicious! I think I had like 5 more aha I have no self control. 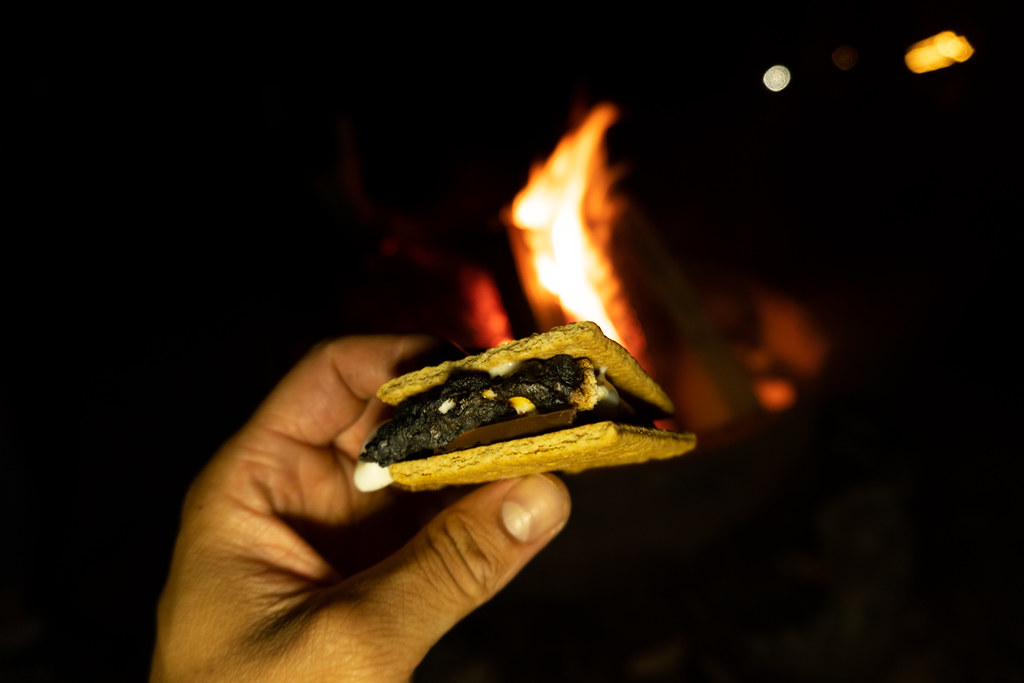 The next morning we tried to get up early to fish but we were feeling pretty lazy and got to the water around 7:30am. 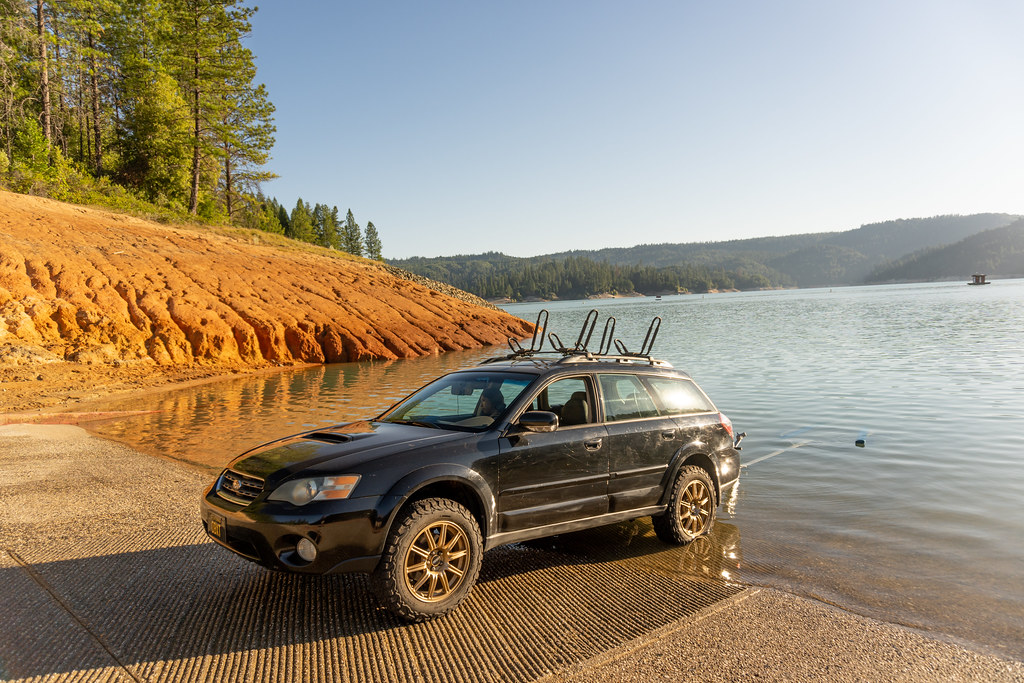 I’ve gone fishing here twice with my kayak and didn’t have any luck. So I was hoping with my boat I could cover more water and have a better chance to catch something but when I opened my tackle bag I realized I only had salmon/trout gear. So the morning fishing turned into a pleasure cruise, it was absolutely beautiful out so I didn’t mind. 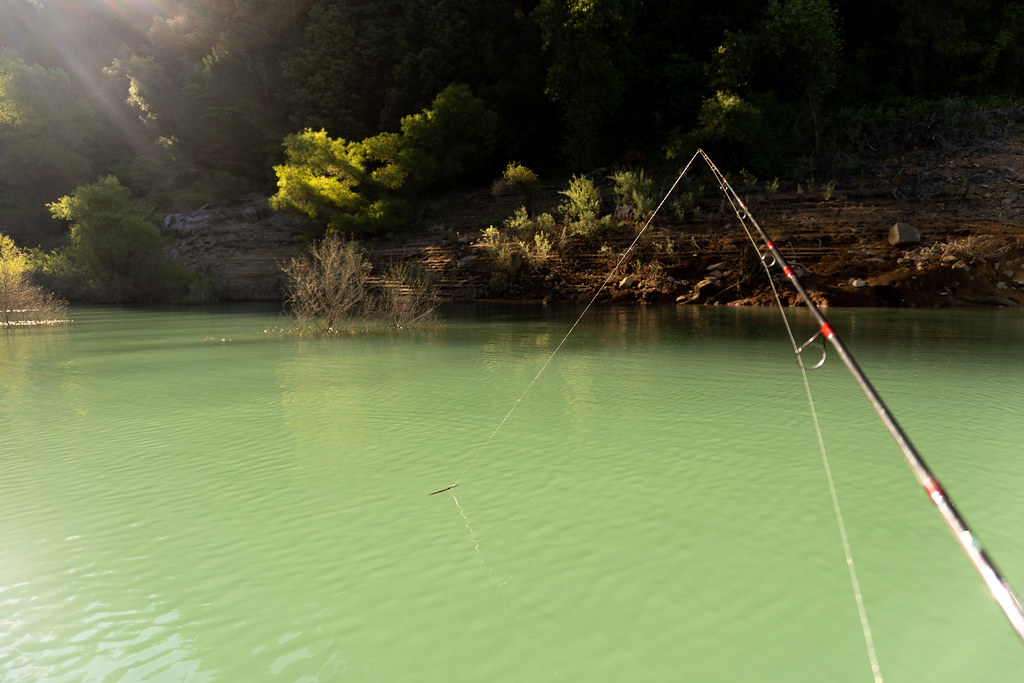 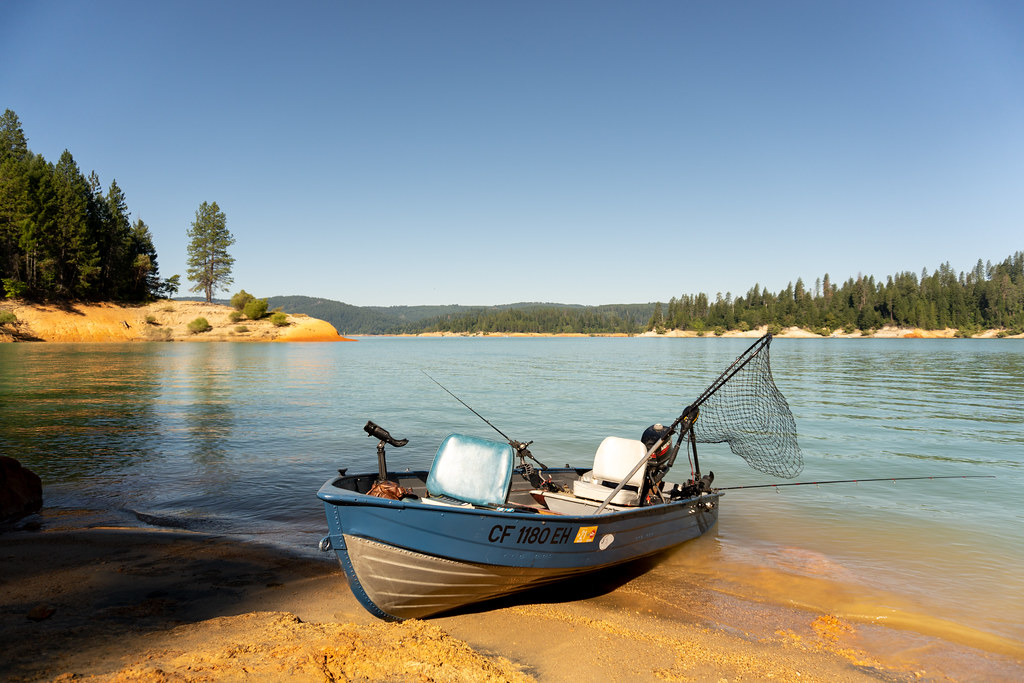 We went back to the launch at about 9:30am since Vanessa had to go back home and that happened to be the exact time all the ski boats and party boats were launching. It didn’t take too long to load the boat up and after that I took her home and grabbed my bass gear. 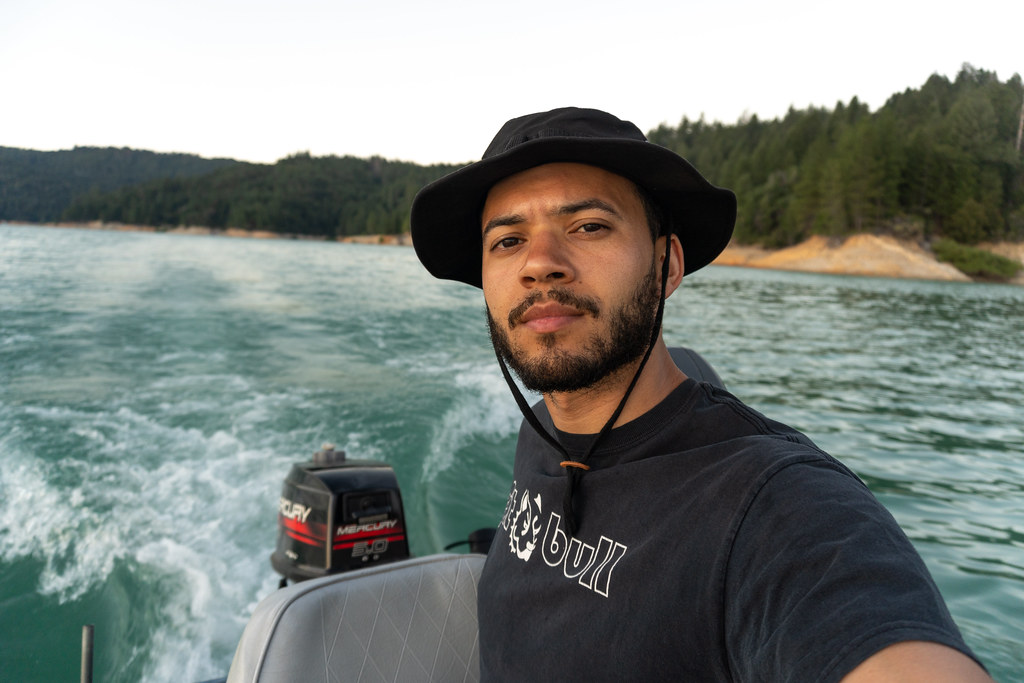 Even with my bass gear I just couldn’t make it happen. Every cove that looked promising had a boat or two with full camping setups so I didn’t want to get into anybody’s space. It was also scary crossing the lake since my boat is so small and slow I was getting tossed by the big boat wakes. I was really trying to get a sunset bite but it just wasn’t working out. That expression I have in the photo is a mixture of being super happy to be out on the water and slight disappointment from getting skunked.

Our first evening at the campground I ended up making some friends after I asked a guy for some cooking oil. When they noticed I was alone they told me to hangout with them and have breakfast with them Sunday morning. The guys dad and I talked for a while about random stuff including home repairs and etc. He is a construction worker so I was picking his brain a bit about my projects.

I was greeted for breakfast by the family dog, Boo, a 3 year old thicc Rottweiler. She is a super obedient dog and moves quick for how big she is. 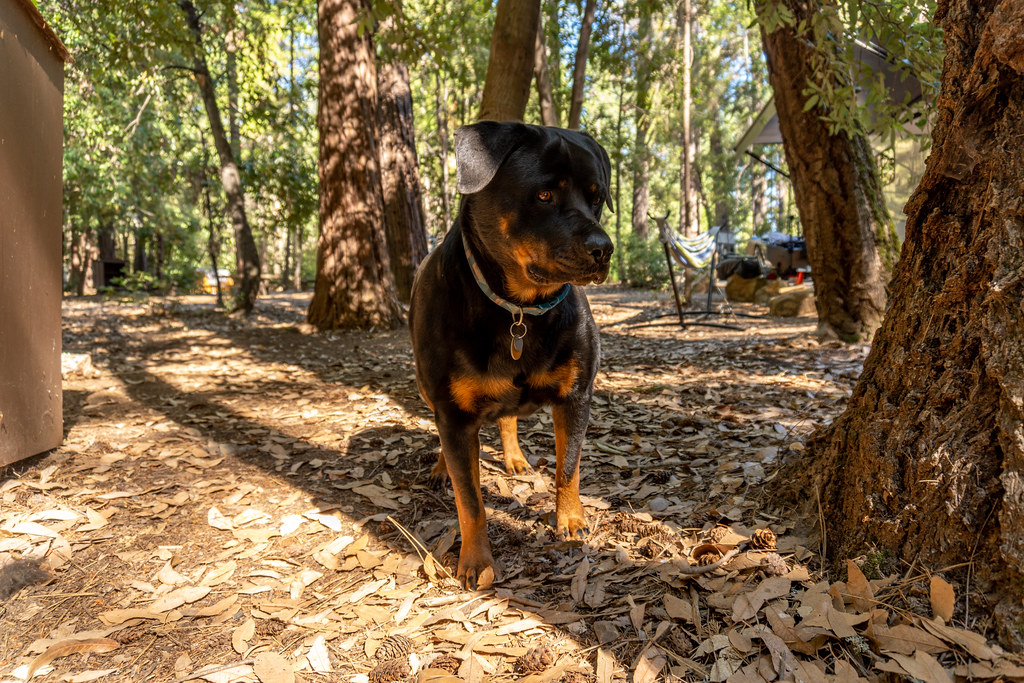 After enjoying some coffee and chatting near the fire, Steve cooked up the most amazing breakfast I have had while camping. Menu Included: blackberry pancakes, sausage links/patties, hash browns, and scrambled eggs. 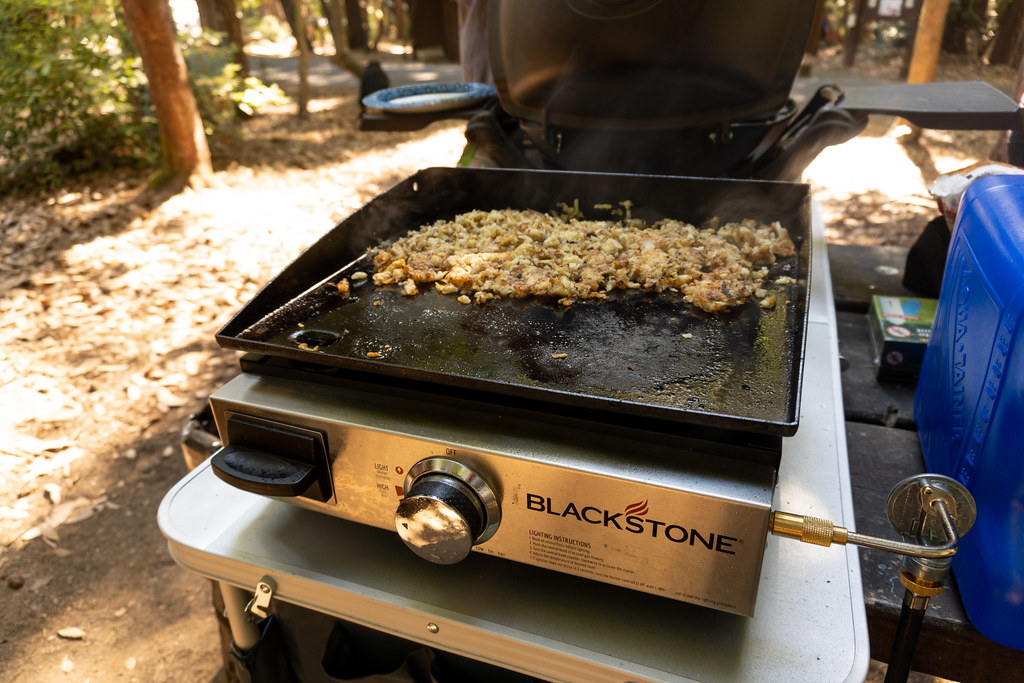 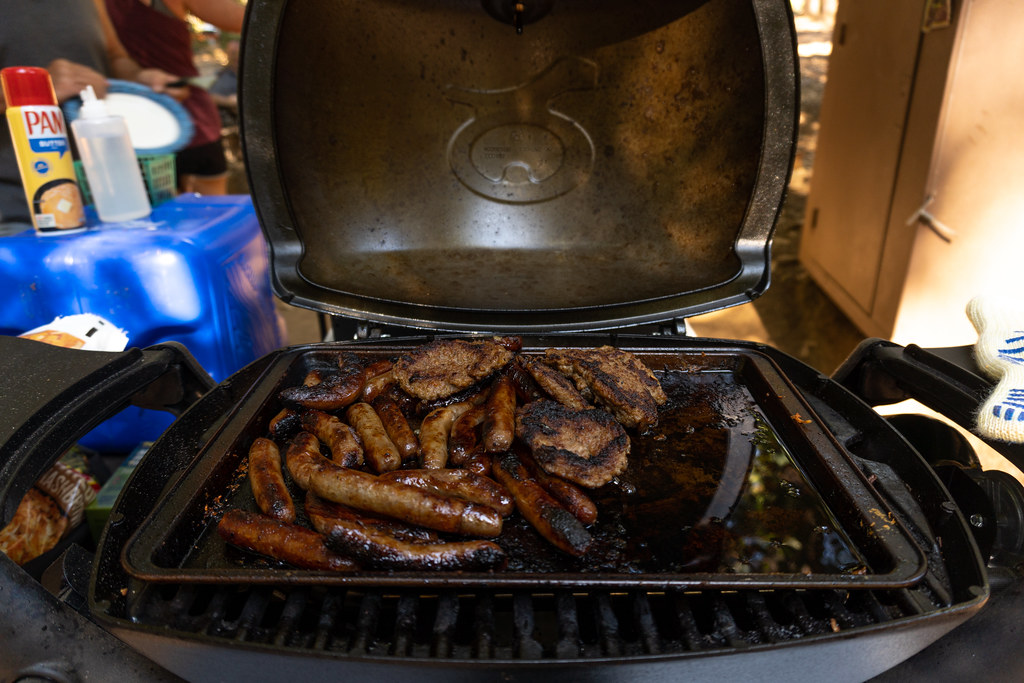 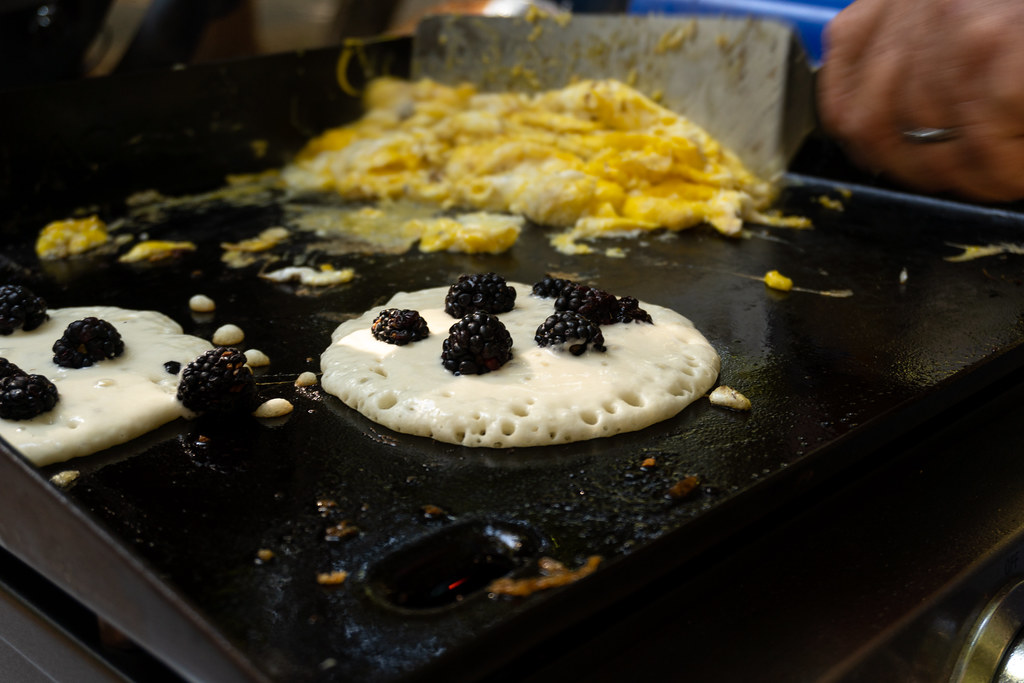 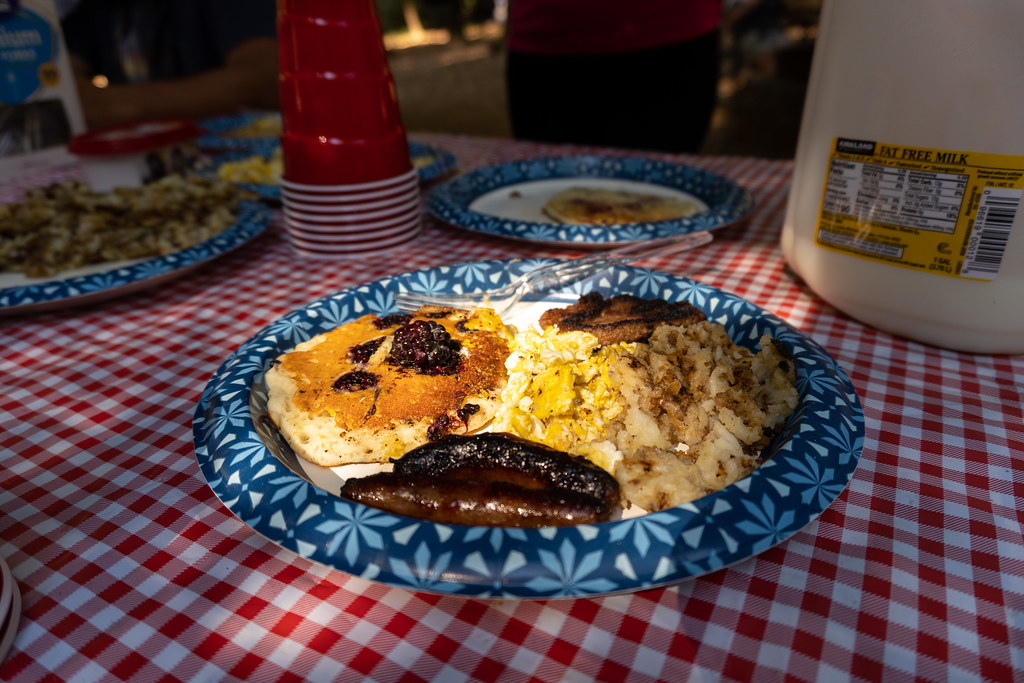 I was super grateful to have met such a loving and friendly family. Steve even offered me a down rigger for my boat since he upgraded his and no longer has a use for it. On top of all that they sent me home with plenty firewood to last my next camping trip.

All in all, this was a perfect camping trip even though I didn’t catch any fish. I want to do more research on fishing this lake and make a return at some point to redeem myself. It’s only a hour drive from my house so I don’t have an excuse to not keep trying.