Okay, I have procrastinated way too long on this. Time to finally share my experience in Bali. I had flown directly here from my Philippines trip and I had booked this really beautiful, almost too good to be true Airbnb. My host said he would pick me up for a small fee so it was relieving to have a ride already situated. When I got to the airport in Bali I went to the ATM immediately to pull out some cash but I made the mistake of not putting my debit card back in my wallet. So when I went to buy a local sim card I pulled out my cash and dropped my debit card without really knowing it. Well, I heard a plastic clank on the floor but I looked around and did not see anything. So I figured I had not dropped anything and just went on to buy a sim and find my host. My friends had warned me about the pestering taxi drivers but oh man, I was not prepared for how pushy they were. I tried to keep my composure and be polite telling them “no thanks I already have a ride,” but they didn’t even want to take that as an answer. So after about 30 minutes of swatting away those drivers my host showed up. Super nice guy and on the way home I was telling him how I like to try local cuisine so we stopped at some roadside “diner.” I forget what the food was called and I didn’t get a decent photo but it was so good and I believe it was lamb skewers with rice and soup. The meal for both of us was super cheap and he kindly paid for us. I got to my place late at night so I didn’t get a chance to see how nice it was but in the morning I was pleasantly surprised! Oh, and I had freshly made breakfast right at my place each morning! Insane value for only $35/night. Link to where I stayed

Below are some of the various breakfast options that were prepared for me each morning. The first option was some sort of sweet coconut rice, which was the most different to me so I had that first. The glass jar was filled with 2 cups of amazing coffee, I’m not even really a coffee person but this style was just so enjoyable without needing any additives. The second breakfast option was a simple banana crepe and was very light yet satisfying. I had absolutely no complaints about the food! Lastly was an omlet and toast, all meals were accompanied by fresh fruit which was a lovely balance. 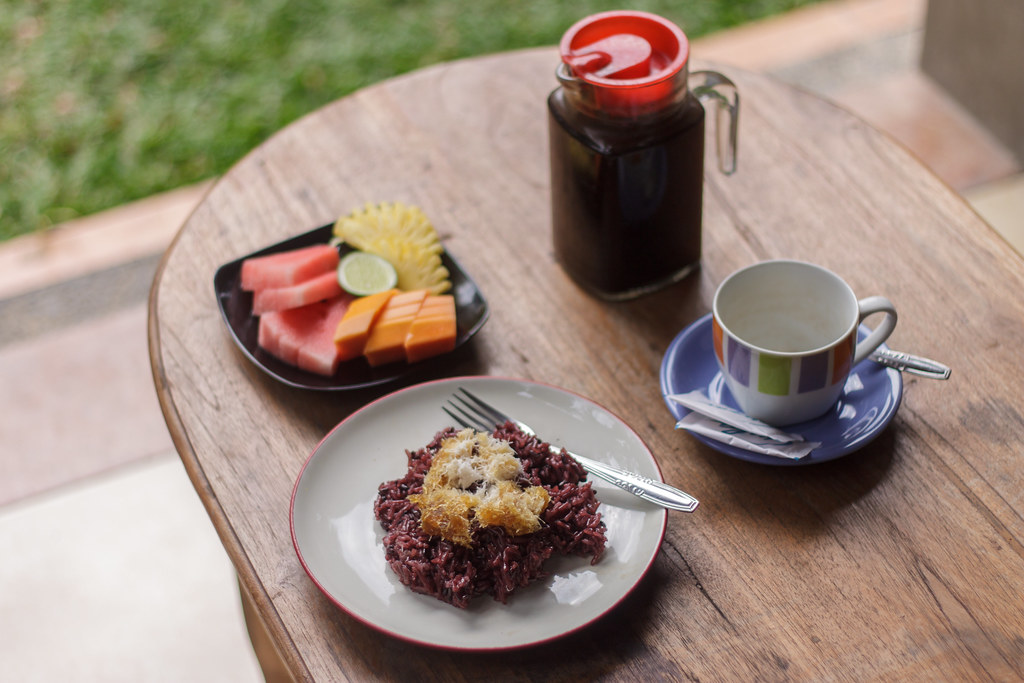 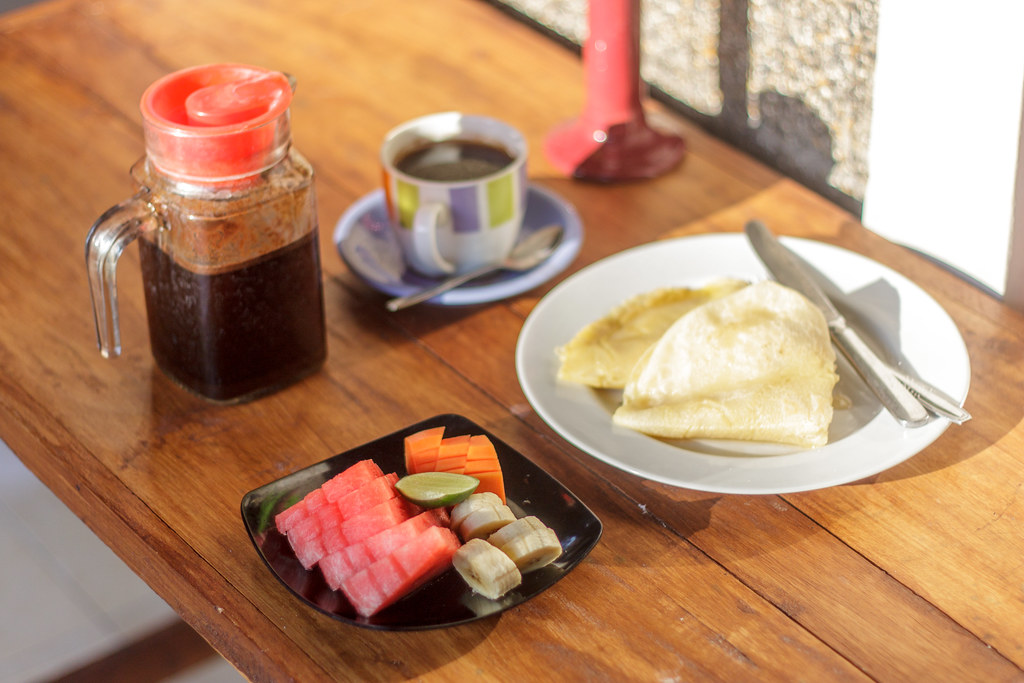 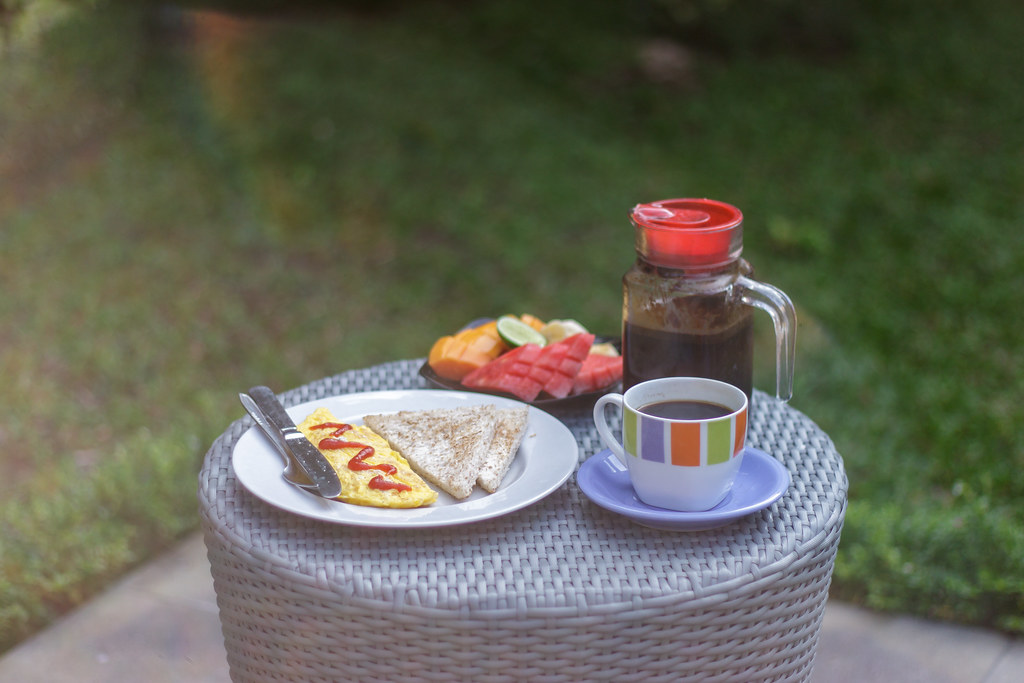 My first day I just decided to relax and enjoy my private villa, though I did ride my scooter down the hill to grab some lunch. Forgive me for not remembering exactly what this dish was, but I think it was some coconut curry chicken? Paired with an ice tea that used a bamboo straw. All the food in Bali was priced so well it was great! Even the airport food was cheap, which is unheard of. 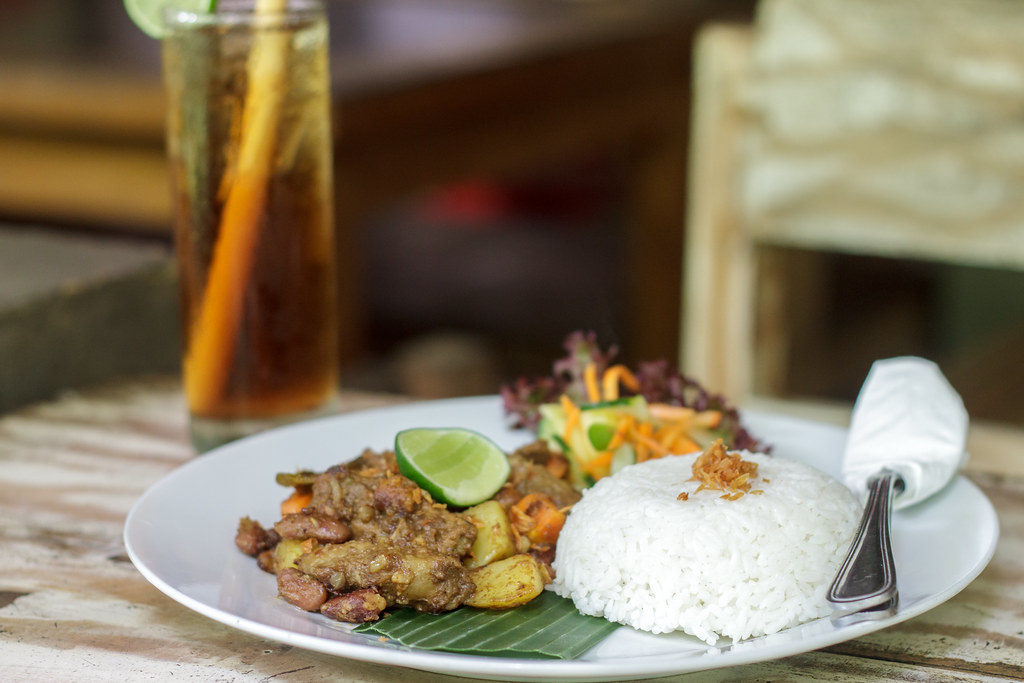 I took a few pics of my Airbnb but my camera focal length is pretty tough to work with in tight spaces. 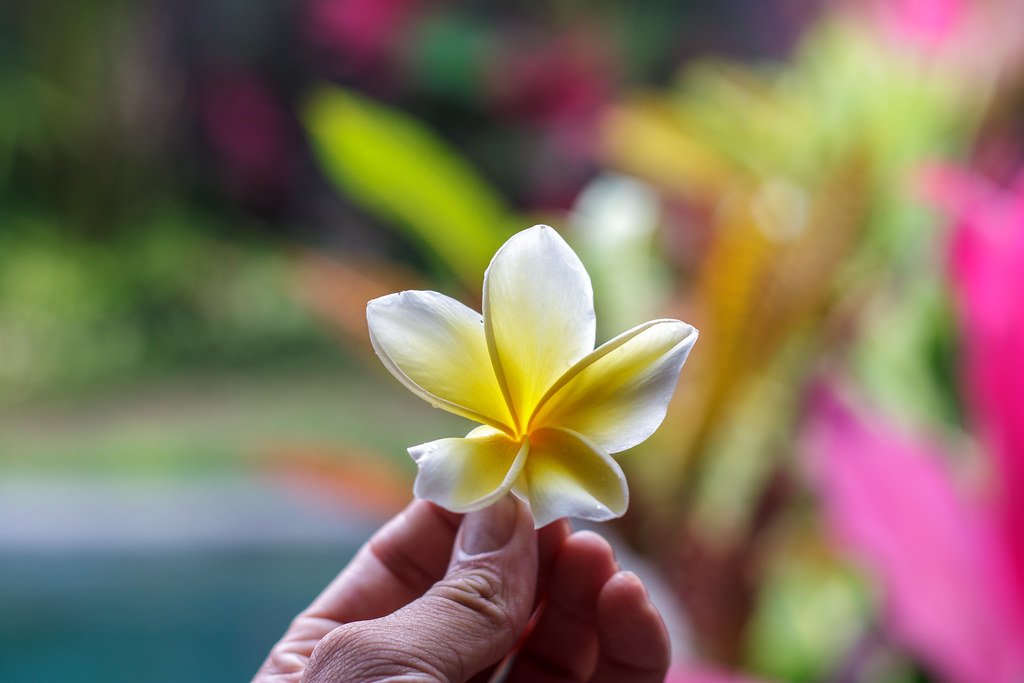 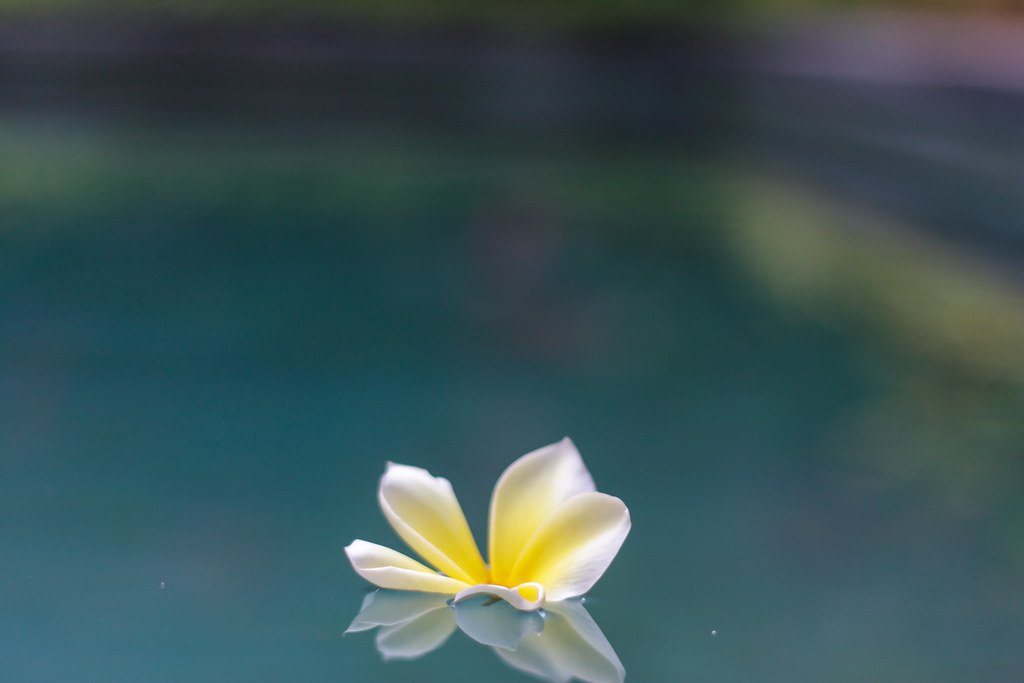 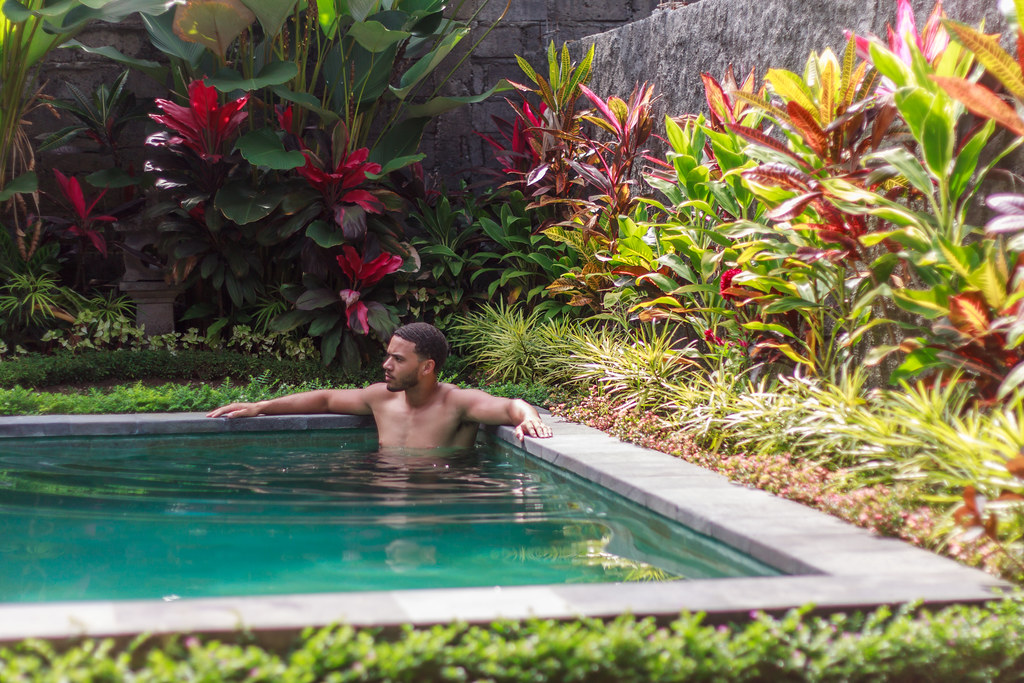 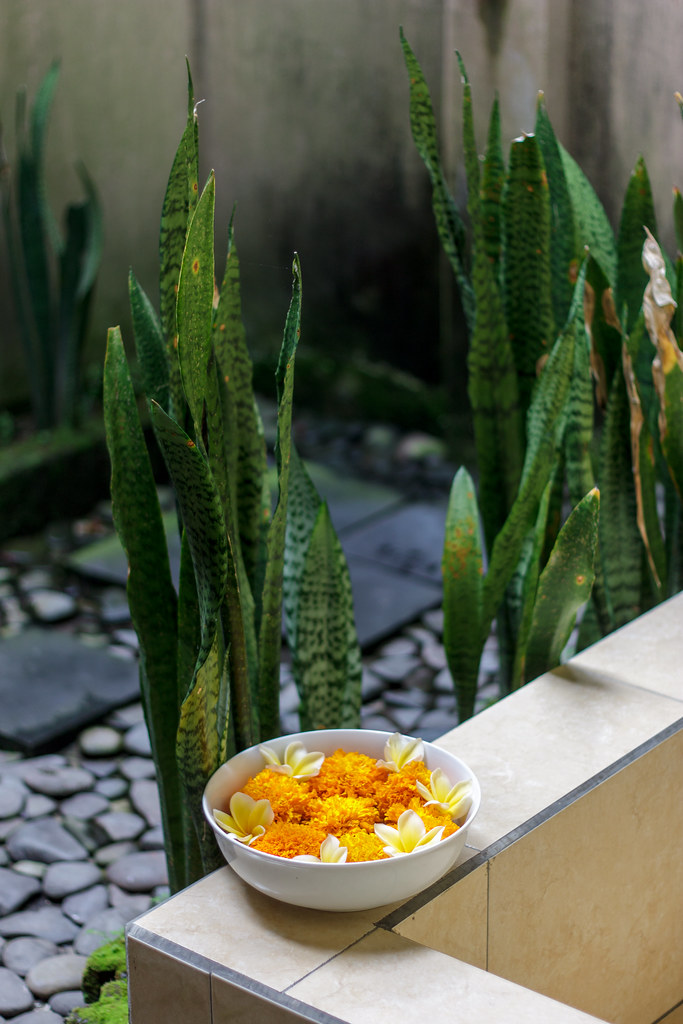 I was in the same town as the Sacred Monkey Forest Sanctuary so I took a short scooter ride down there to check it out. As you walk up you see monkeys swinging from tree to tree, I forget how much the entry fee was, but it was super cheap. 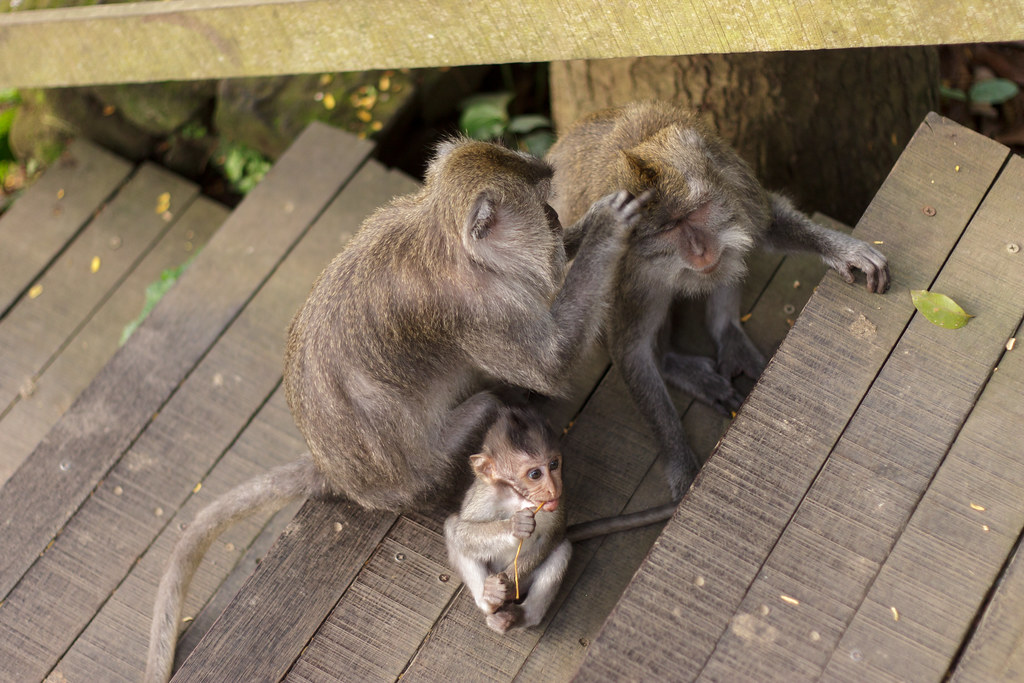 It was cool seeing these creatures up close but they are super comfortable with humans so it was kind of freaky to me. 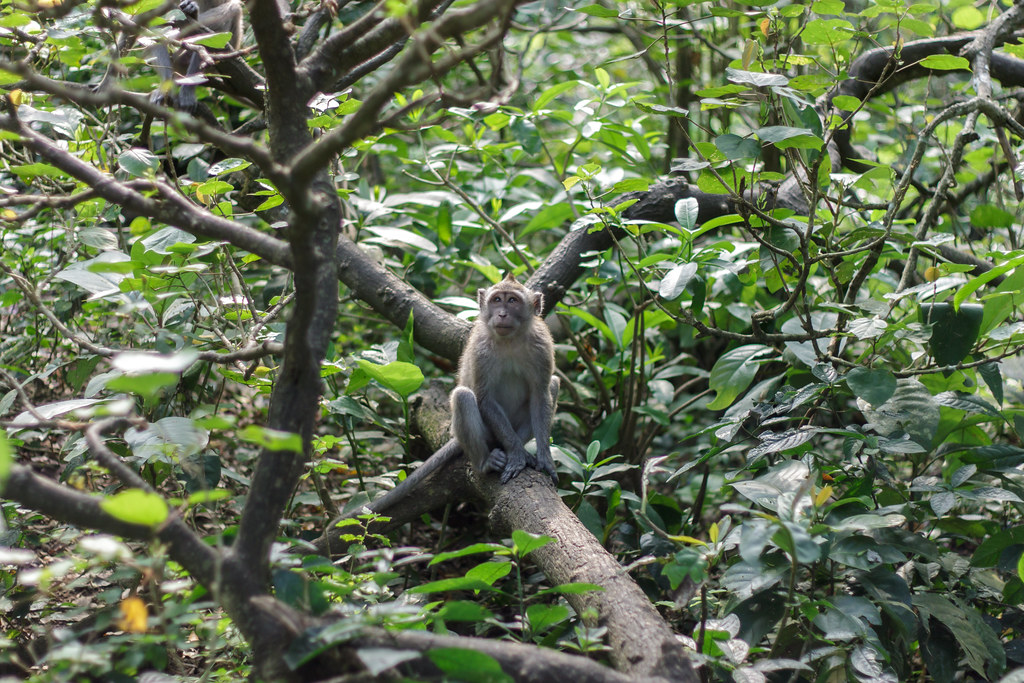 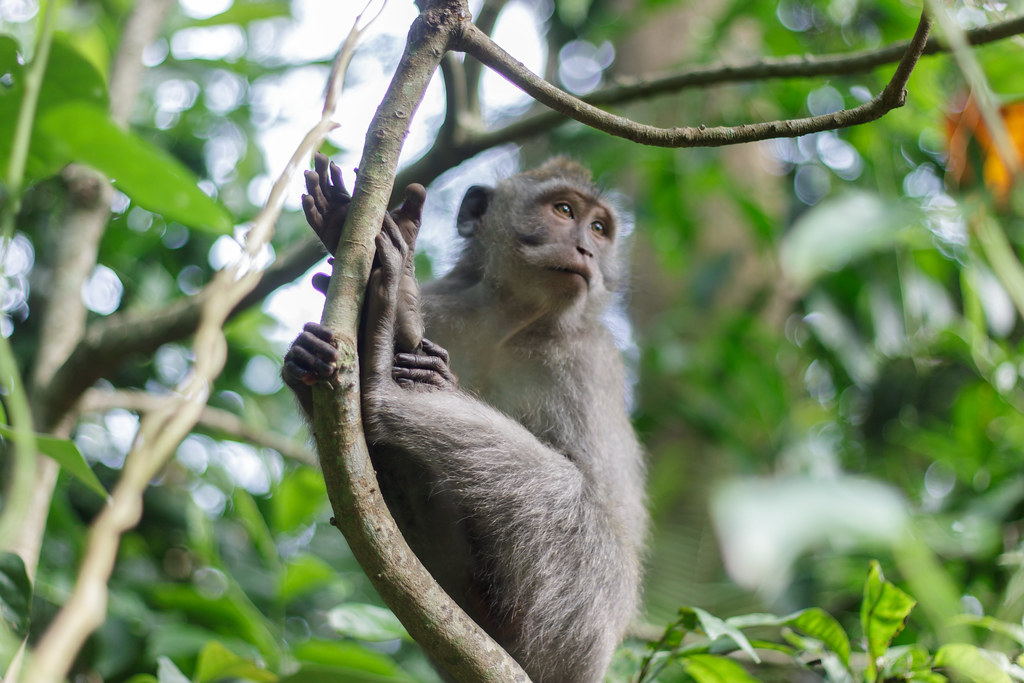 This photo below might look cool but I was pretty terrified haha. I had a plastic water bottle on the side of my backpack and this monkey jumped on my back and pulled the water bottle out, bit a hole in the bottom and drank the water. I really didn’t want to get pooped or peed on and you never know what these animals are going to do next. While struck with slight fear, especially of losing my glasses, I handed my camera to a stranger and asked them to grab photos. Luckily they know how to properly frame a shot so I was blessed with this photo. 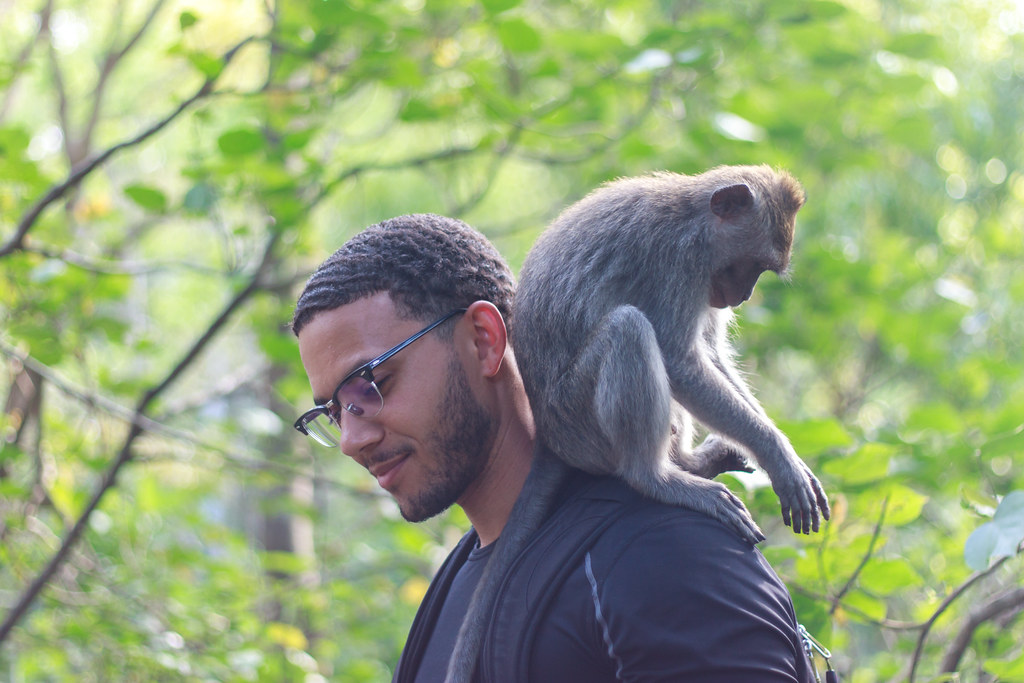 After wondering around a little, I met a girl who was also there alone and we agreed to take photos for each other. 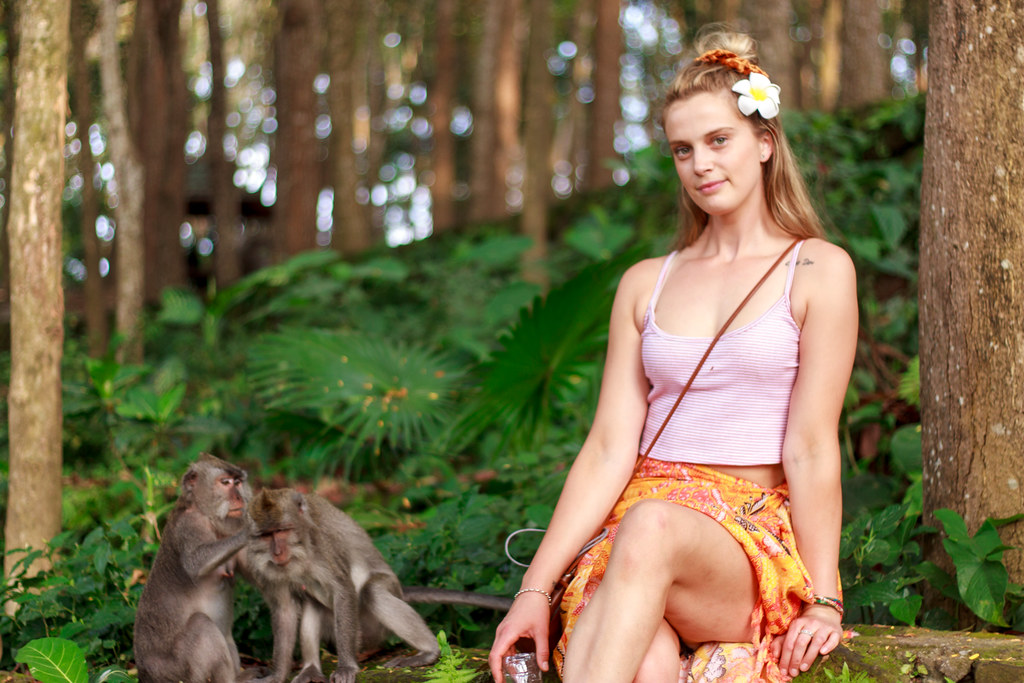 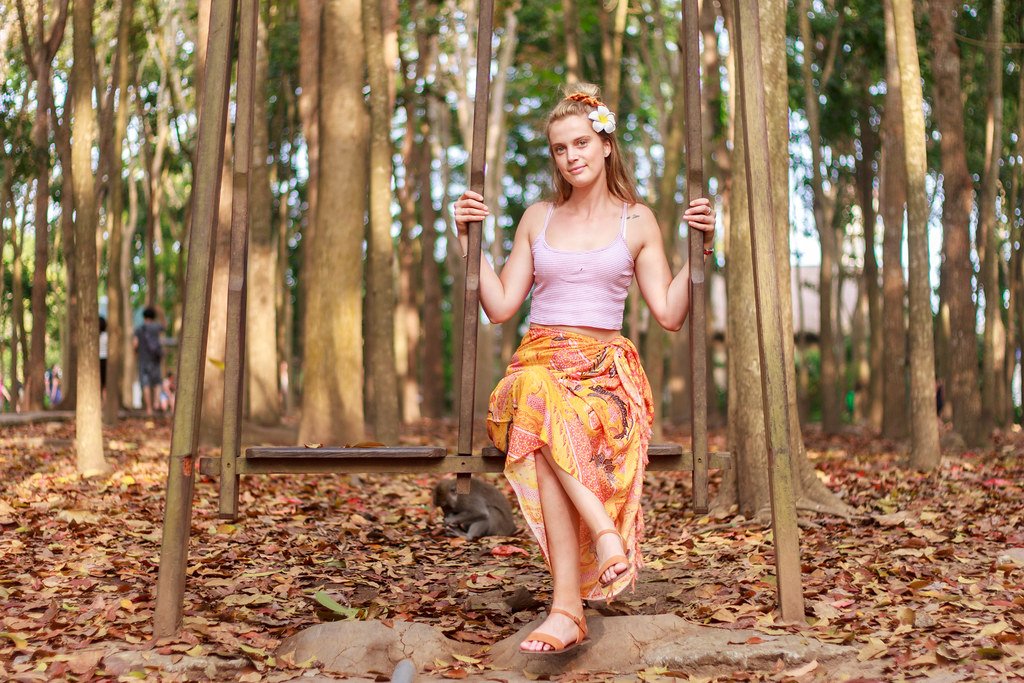 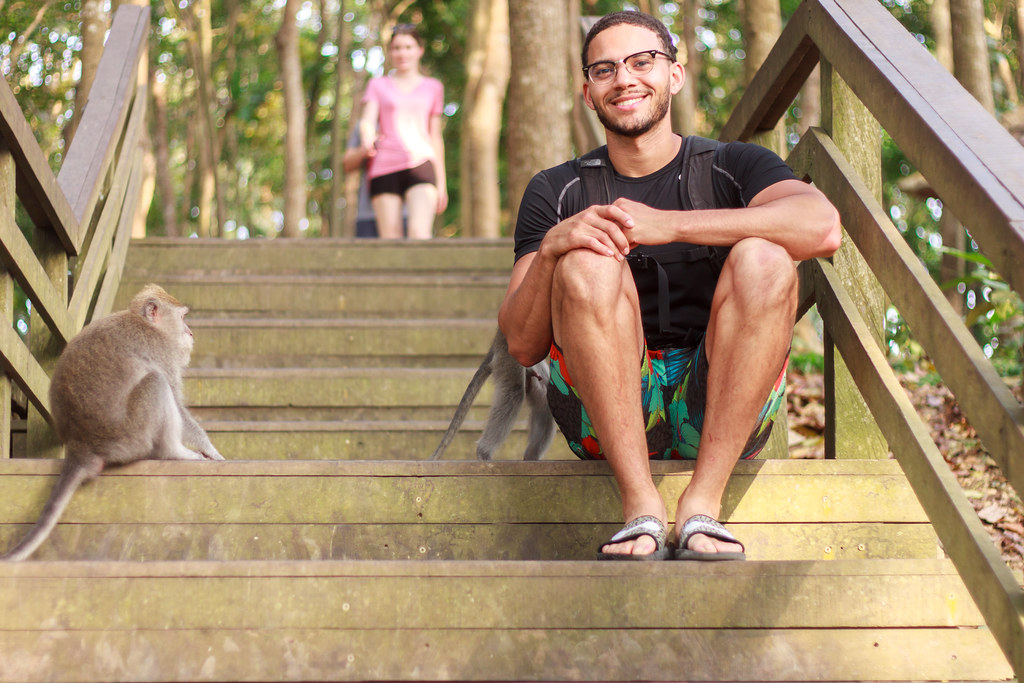 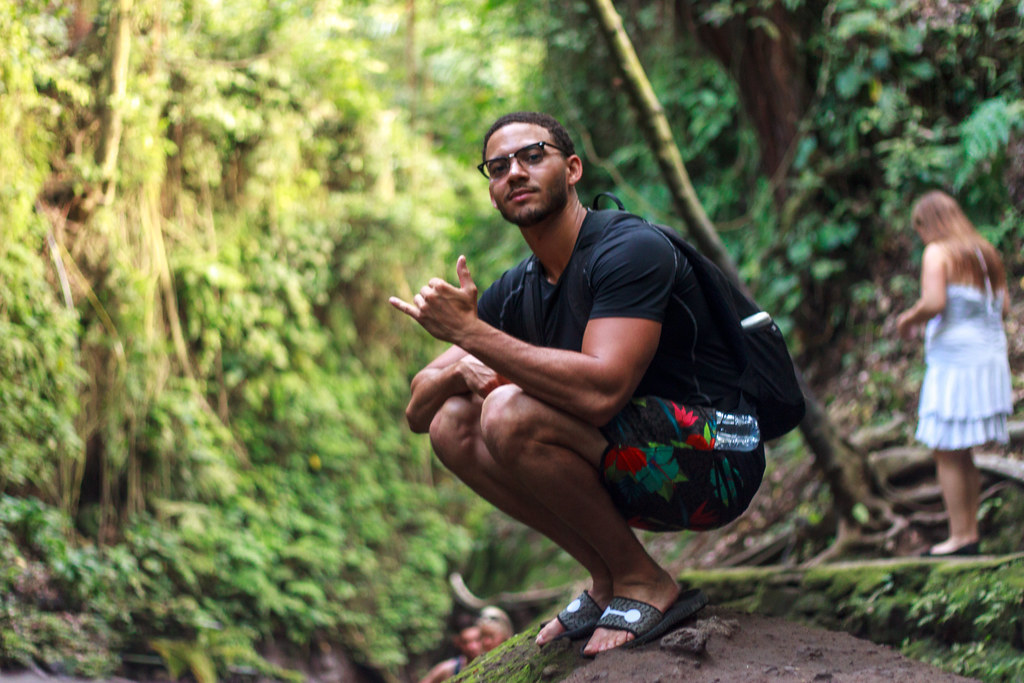 The next day my host took me on a tour around the island, visiting different temples, waterfalls, venues, and coffee plantations.

This photo was taken at a performance on my first stop, sadly I forget the context so you’ll just have to appreciate the colorful attire. 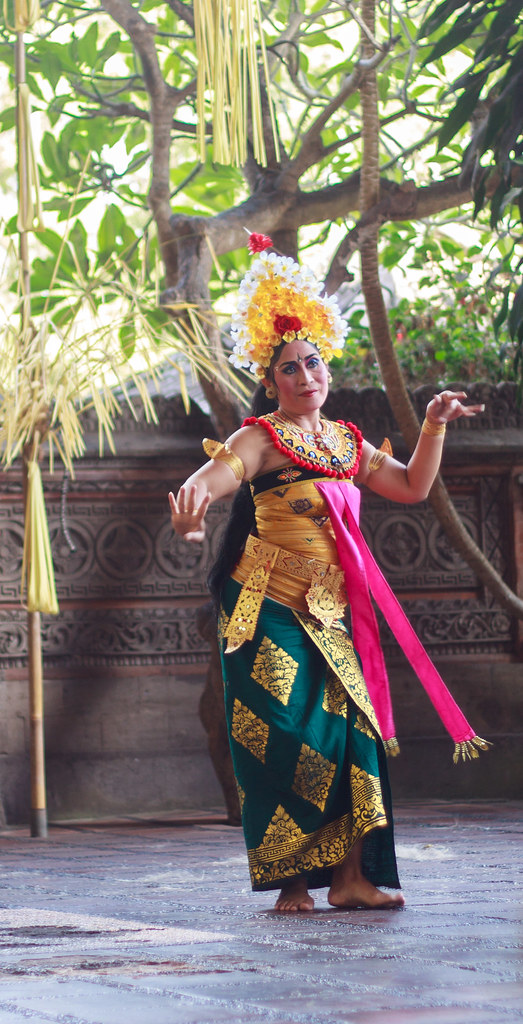 Then we went to a couple temples, it was like walking into a whole new world, you also had to wear a sarong that was provided and the entrance.

There were so many ladies making these offering plates, they were literally everywhere. 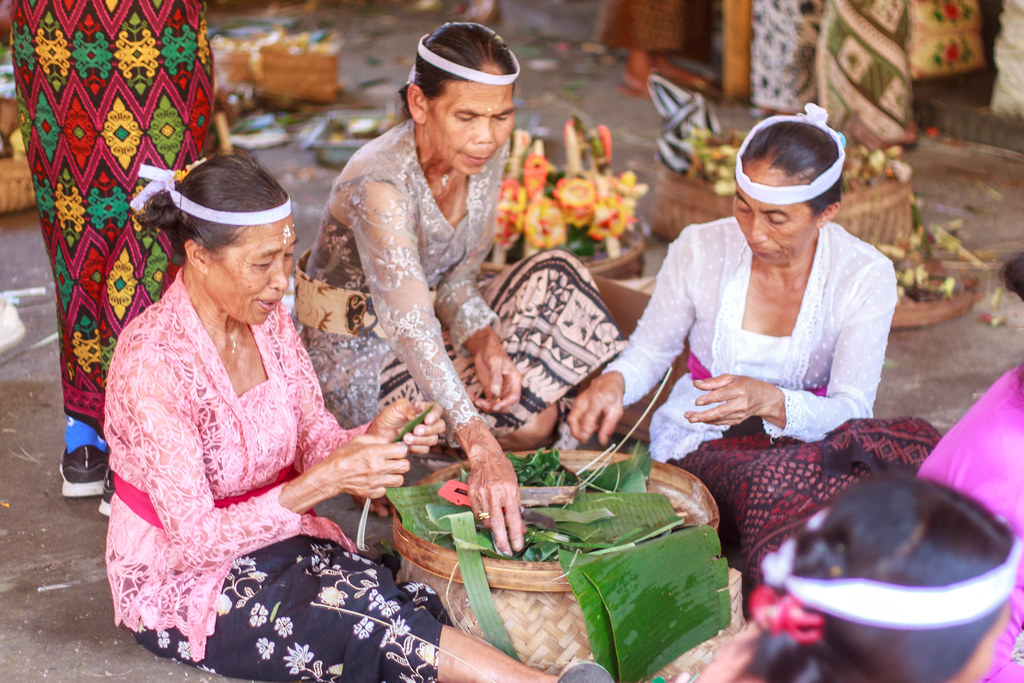 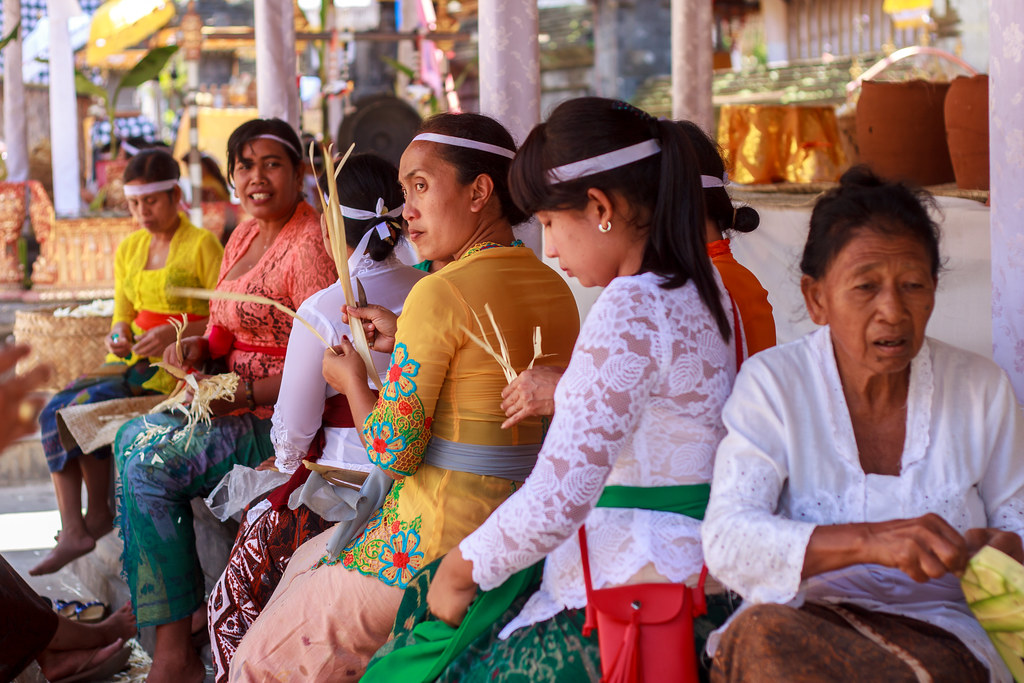 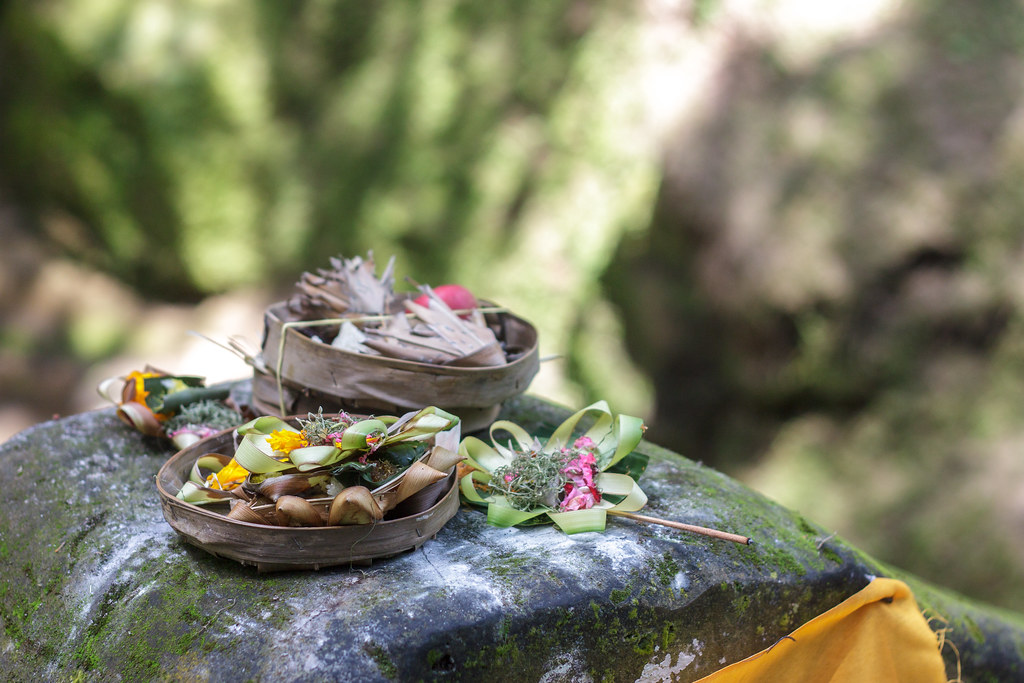 I really wanted to get into one of these baths but I had nobody to hold my belongings so I just watched others enjoy it. 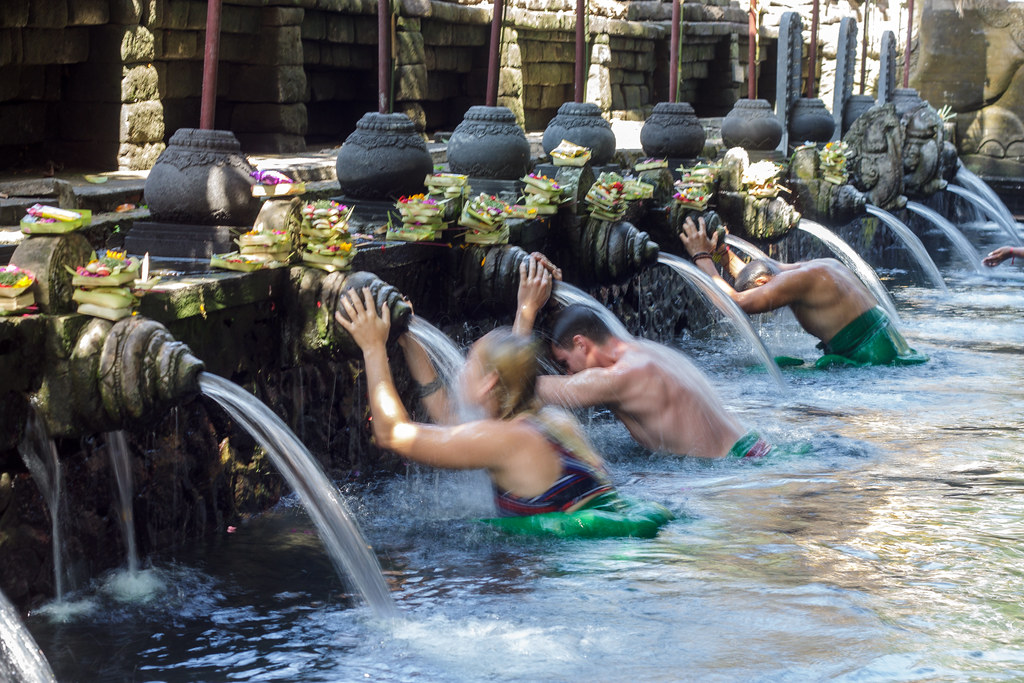 The next stop was a super refreshing waterfall, but it was like 144 big steps down to the water, which meant 144 tiring steps back up to the parking lot lol. But it was nice to swim around under the waterfall since I wasn’t able to get into the baths at the temples. 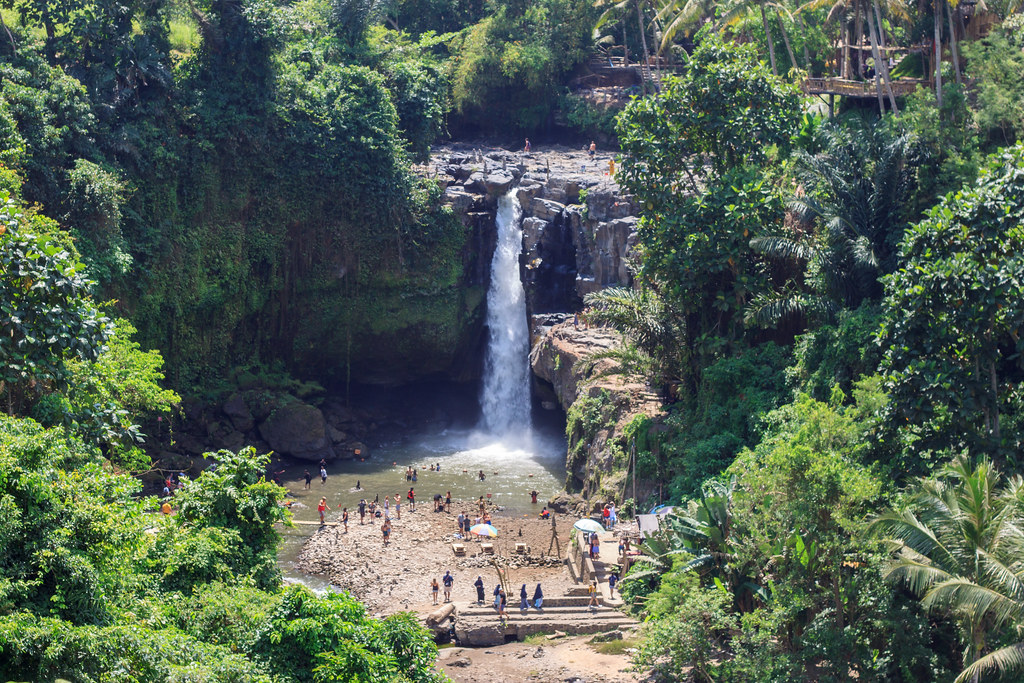 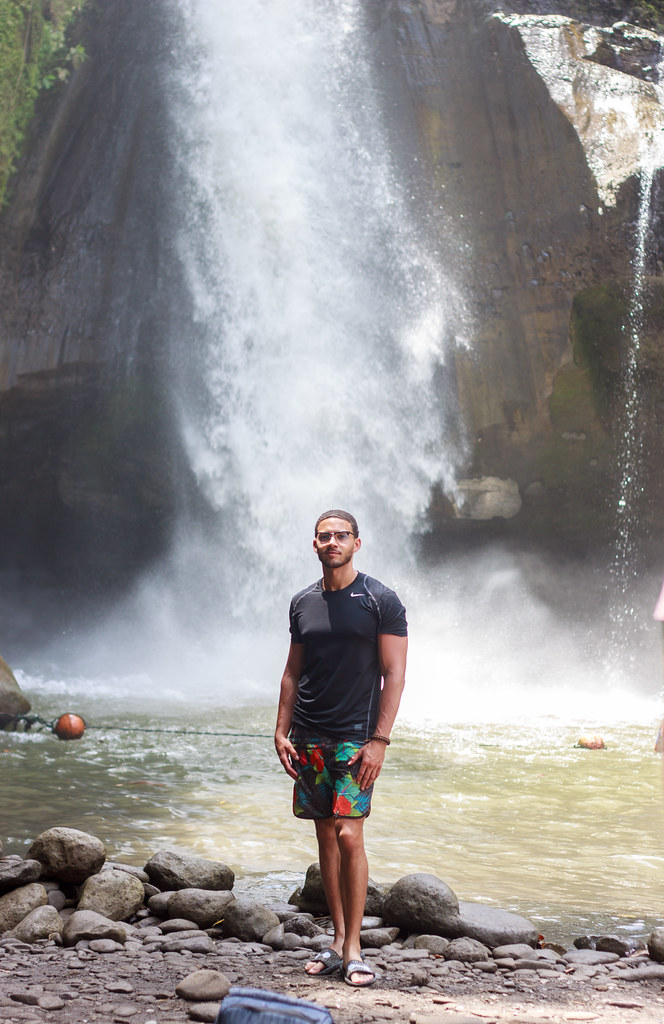 After drying off we went to a coffee plantation where I actually got to roast some coffee on a big pan over an intensely hot fire. At the cafe, you can order an assortment of coffee/teas for tasting and that was very pleasing. I was more interested in the teas but the coffees were not bad. I had heard about “cat poop coffee” or “kopi luwak” which is a coffee bean that has been processed through a wild feline. Of course I had to try it! It didn’t taste any different from other coffee but I’m not a coffee snob so I don’t have the abilities to taste subtle differences. 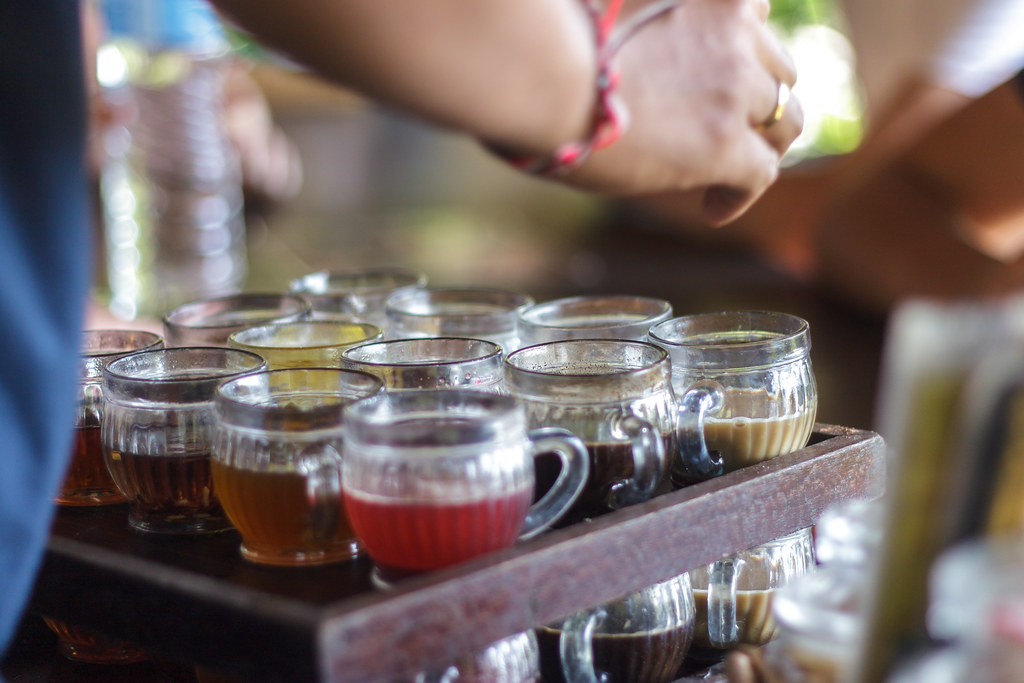 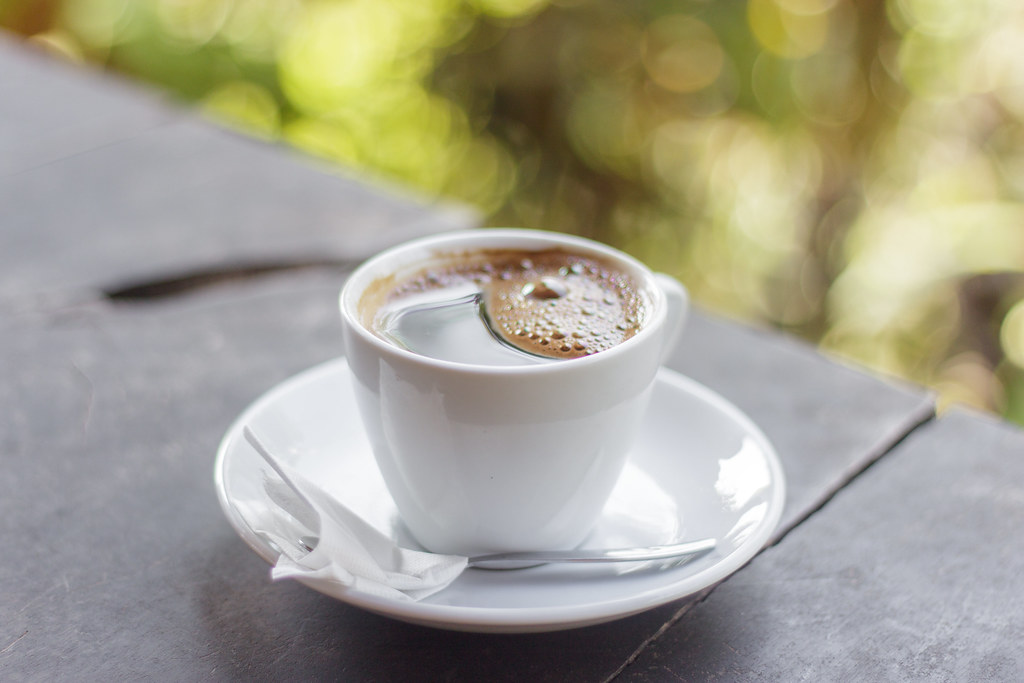 After the coffee plantation, we went to a rice plantation but I didn’t get any photos that were worthy of uploading. It was this evening that I realized I lost my debit card, because I pulled out $100 US equivalent and it lasted so long. Luckily I had my credit card and that worked just fine as my emergency options. I went out that night in town to get some food but didn’t get any photos.

The next morning I had surfing lessons in Seminyak and it was only $20 I think for a couple hours, well worth it as my first surfing experience! I was having issues with my paypal not wanting to work so I couldn’t pay them until I got back to my home in South Korea but they were super understanding and let me take the class regardless. Surfing was a physically taxing task but paid off huge when I was able to catch some waves! I have photos somewhere but cannot find them right now so hopefully later I’ll be able to upload them.

Overall, Bali was an amazing trip, though it was a big tourist trap I was still able to enjoy it. As much as I love traveling alone, this place seemed like it would be more enjoyable with a significant other, mostly because everyone there is a couple.

*insert quote about not chasing waterfalls* 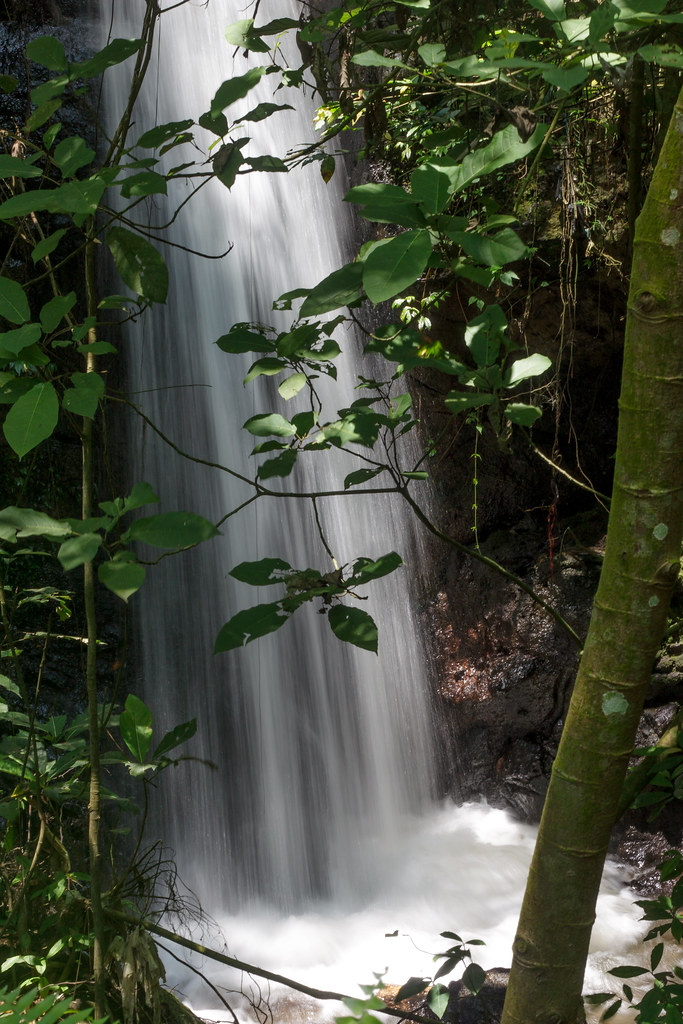