This weekend for my new dish I chose something easy to make, ingredients were only about $23 too. I started to look up videos on youtube then realized this meal couldn’t be any easier to make so I just winged it. Went to my local mexican market to grab everything, including HUGE tortillas, think I’ll downsize next time for ease of handling. 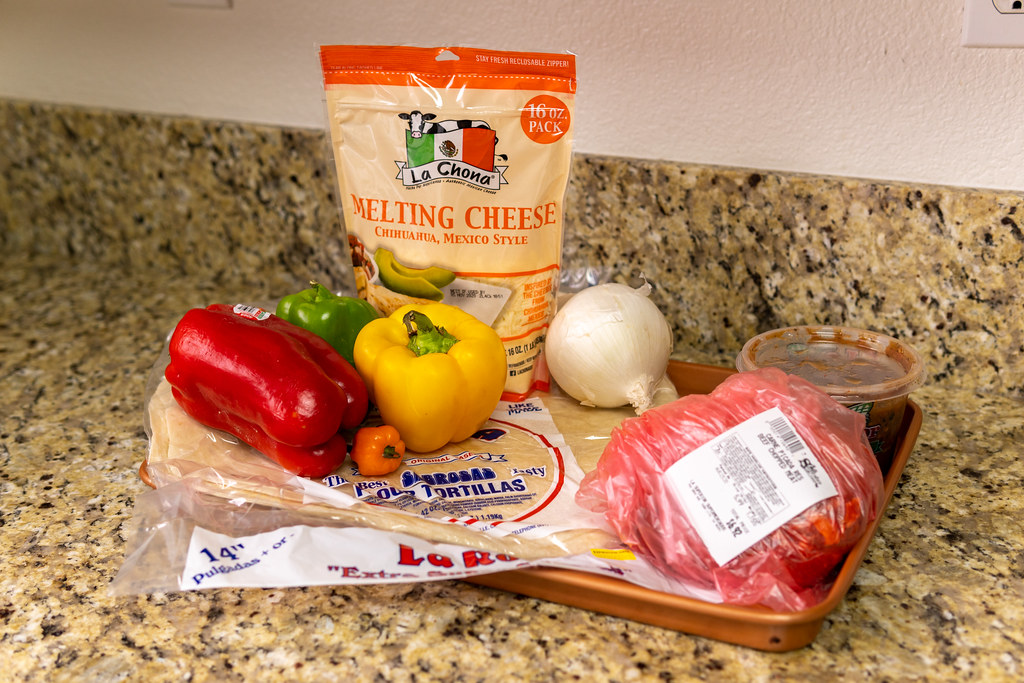 Gave the vegetables a hot rinse before cutting. 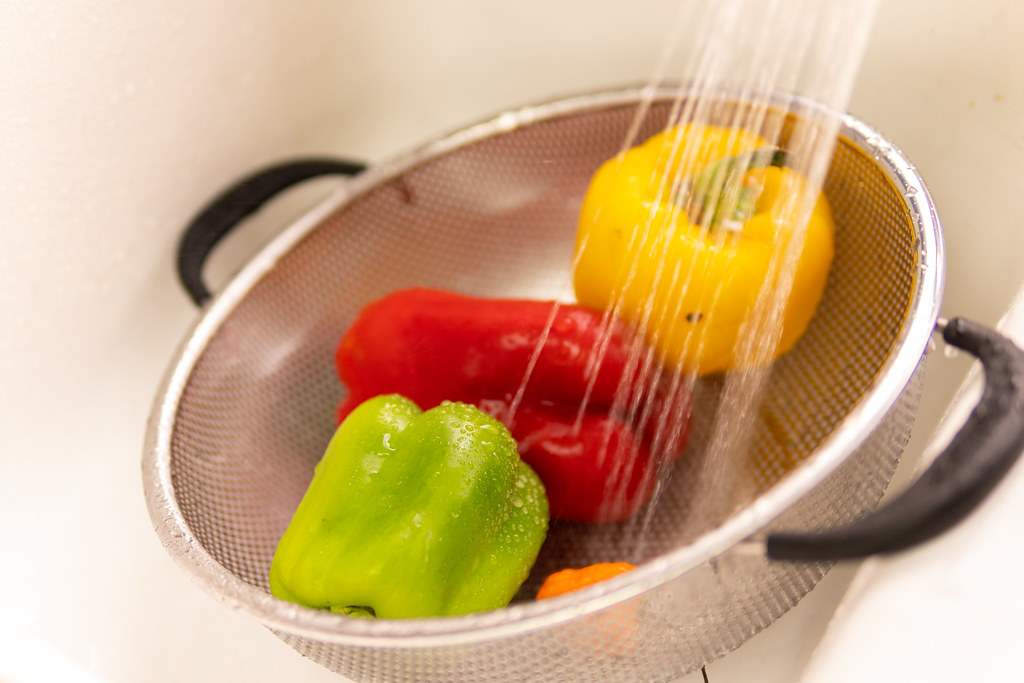 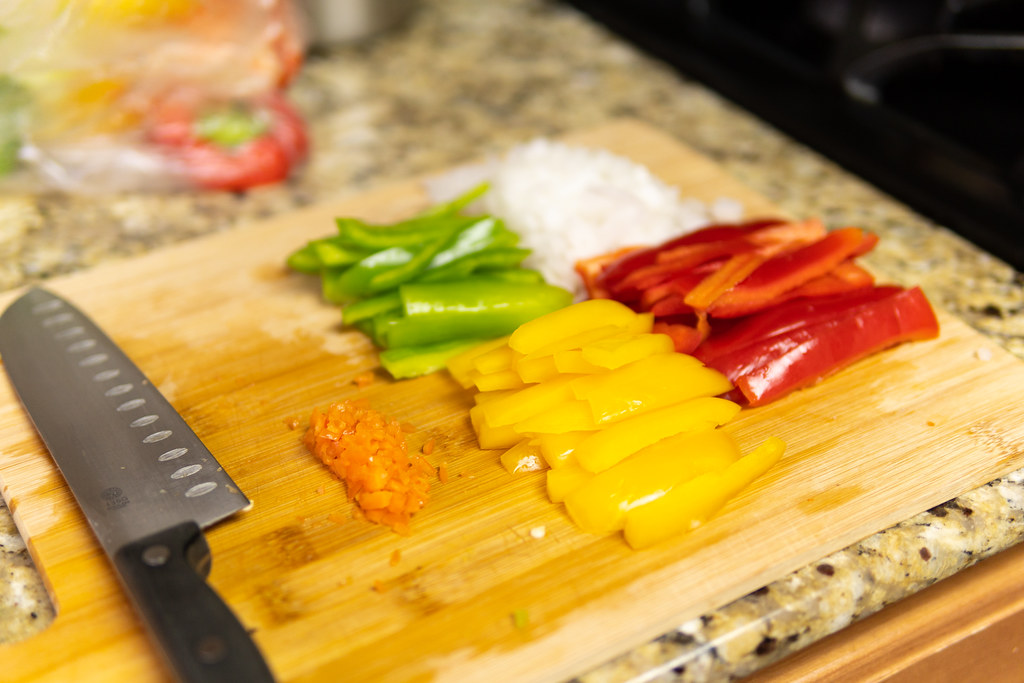 Once the veggies were cut I dumped the meat into the hot and ready pan. 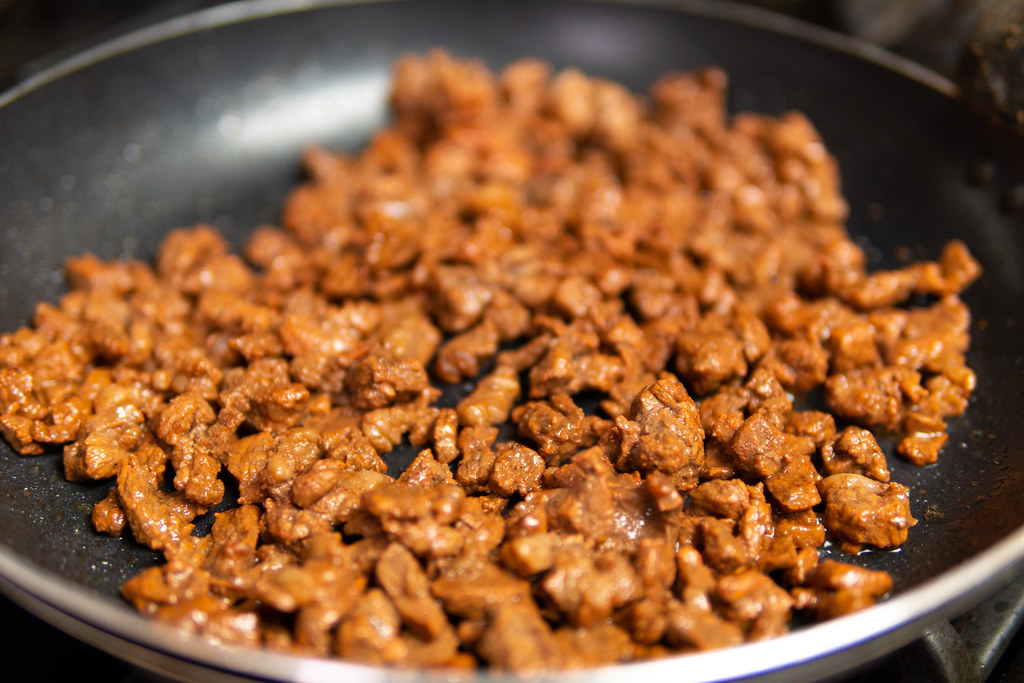 Then the veggies went into their pan. 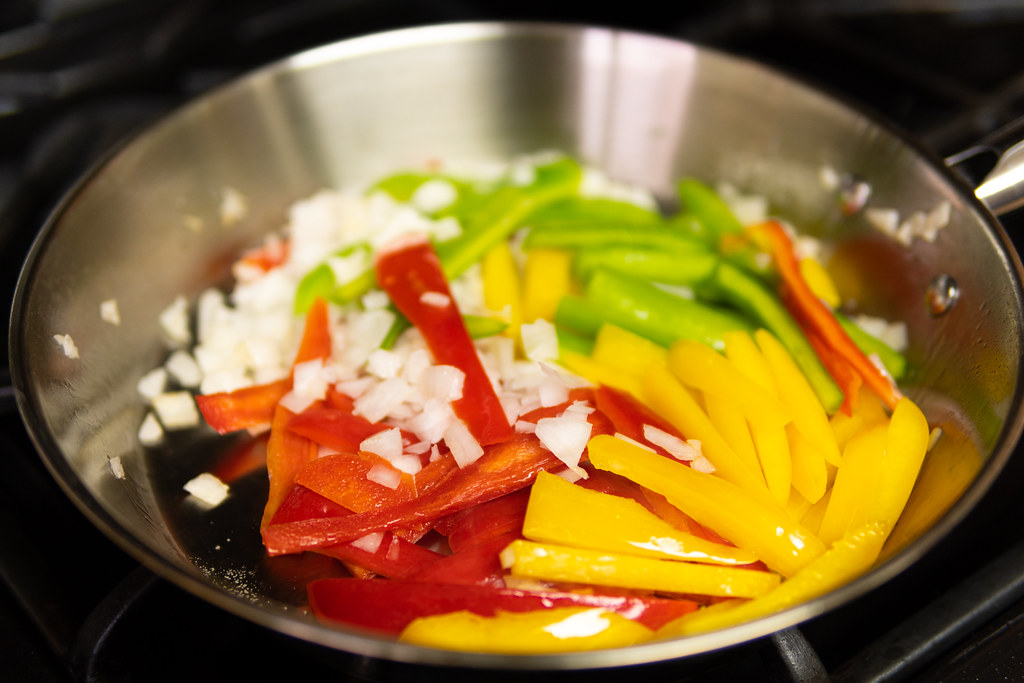 The quesadilla was so big I had to use an oven pan for a cooking surface, kind of overkill but it worked. 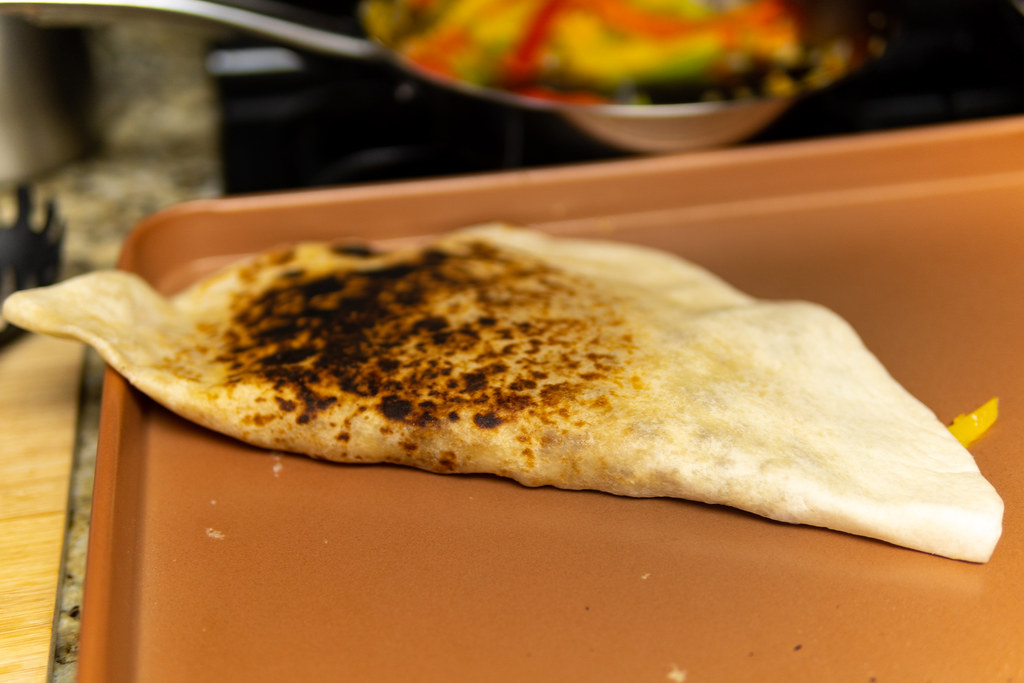 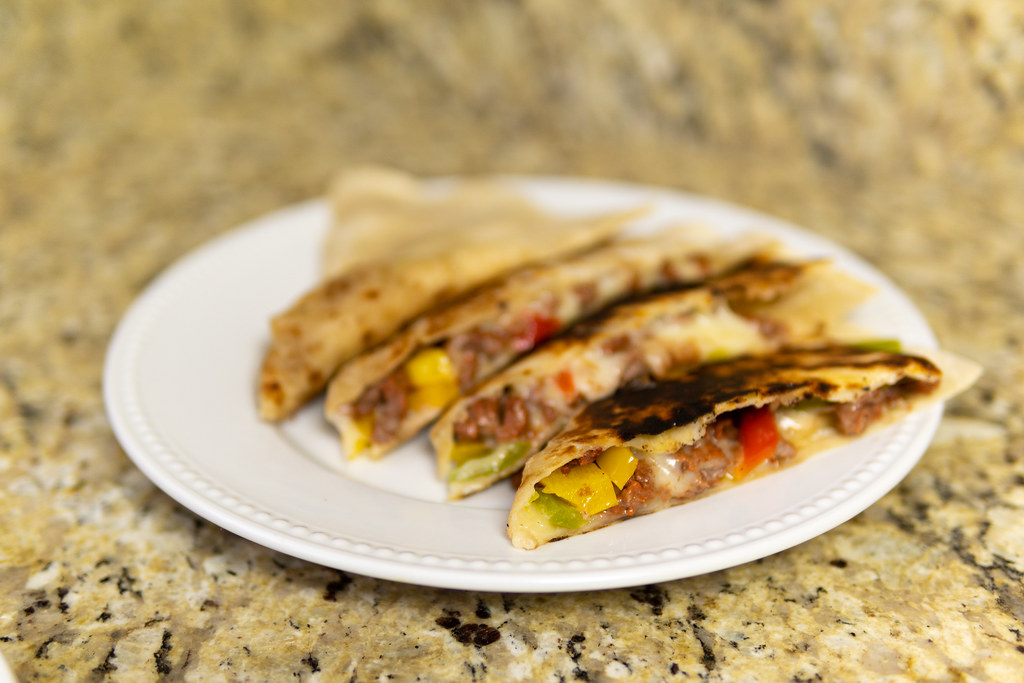 It tasted good and was super filling, after the first piece I was already starting to slow down. The meat was marinated shortly and I feel like it could have used more depth to the flavor. The habanero peppered tied in nicely adding a spicy overcast. Not pictured but used sour cream and poured some salsa with each bite. Cheap and easy meal! Would be a great appetizer with guest over.